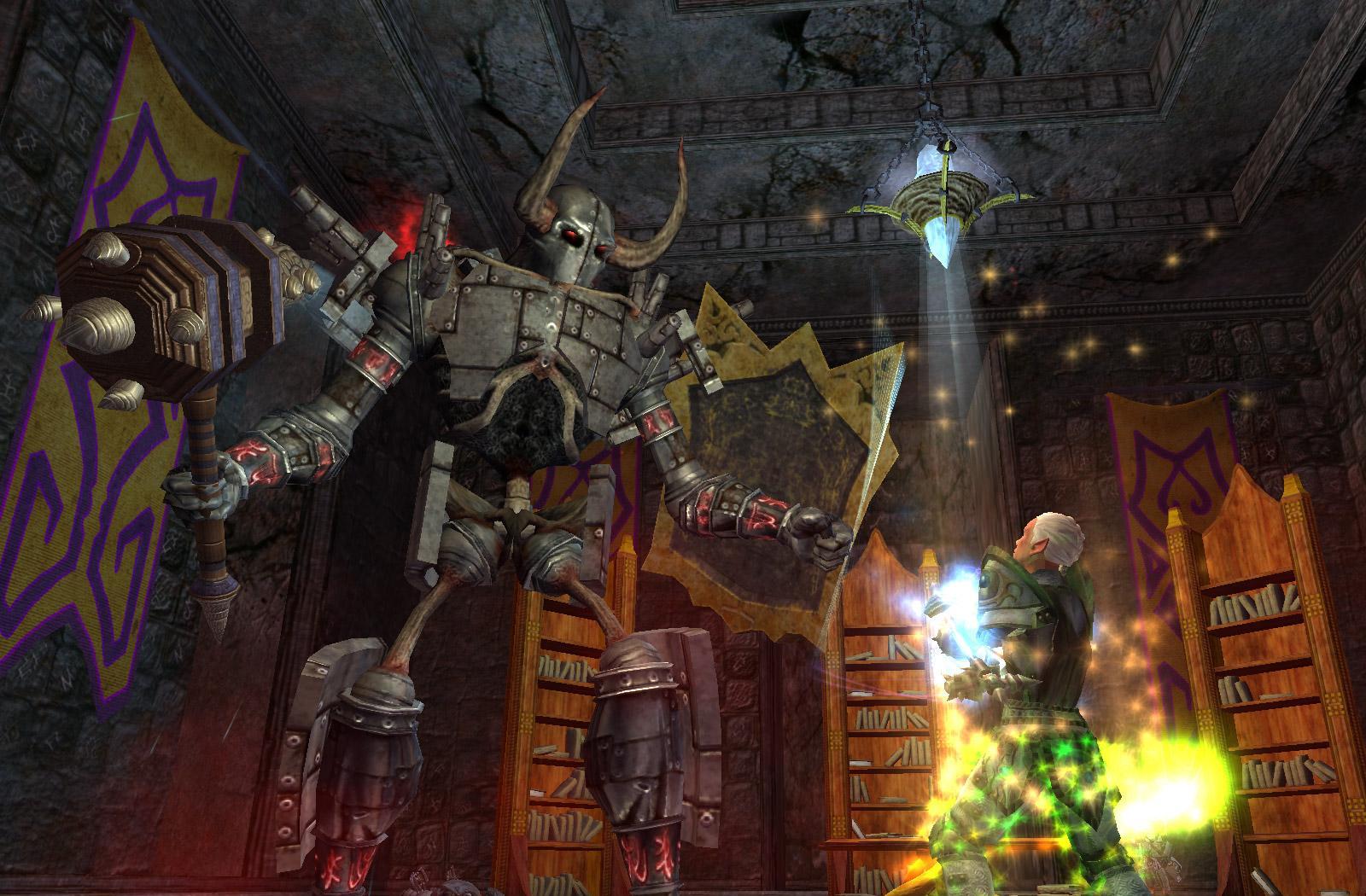 Welcome to the fortnightly series of articles that is to hopefully become a record of The Best Of Free Online Gaming*. We here at The Reticule know that not everyone has the spare cash to spend on every AAA or indie release, or to sign up to monthly payments for all the latest MMOs. Trouble is, if your looking for some free gaming there are literally hundreds of games taking up the free-to-play structure nowadays and trawling through them all to find ones that are worthwhile can take up a lot of time. I aim to bring you some mini reviews on a variety of the best free-to-play games the internet has to offer, saving not just your money but your sanity too. Last time we took at look at League of Legends, an action RTS with over 32 million players and three years of release time. Today I bring you EverQuest II.

*Disclaimer – Games included in ‘The Best of Free Online Gaming’ are entirely chosen through opinion of the writer. This is coming from a guy who likes orange juice but not oranges, so please feel more than free to disclose your disgruntled disapproval in a long-winded comment below. Better yet let me know why your game of choice should be included in this list.

Originally developed by Sony Online Entertainment and published by Ubisoft way back in 2004, EverQuest II is somewhat of a constant in an ever changing and shifting MMO scene. This fantasy MMO epic has had its fair share of success over the years boasting a total of six expansion packs and three adventure packs (mini expansions). EQII focuses on PvE and quest based gameplay and provides plenty of content and exploration for its players.

The one thing for me that really makes EQII stick out amongst all the other fantasy MMOs is its in-depth talent system. There are specific class talents, race talents and the option to choose stat increases as certain levels of progression just like many other games. The thing that makes it different is that at each of these stages you have up to four choices to make between spells and stat increases and around three or four trees to choose from each time. This makes for a lot of unique characters and a lot of diversity in a game with so many players is always a good thing.

EverQuest II has not always followed the free-to-play structure only making the change in November of last year. Up until then it was subscription based like many other MMOs although it had trialled a free version of the game in 2010 called EverQuest II Extended. Changing to a free-to-play service might seem like a risky idea for an MMO that has been around for seven years, but it paid off for SOE and they increased the player base by a staggering 300% because of it.

There are restrictions however and if you choose to play the game for free there are a few things you will miss out on. Only certain classes can be chosen, although all the basic ones are there (tank, healer, ranged and melee dps). Only the neutral races are available meaning you can’t take part in any server PVP and you can only have a max of two characters per account compared to seven for a fully paying player. There are a few other restrictions like having a lower gold cap also.

Don’t let this put you off though as EQII still has a lot of worthwhile content for any free player to delve into. With over 8,000 quests and fully developed quest lines spanning numerous expansions, large and visually beautiful areas to explore and numerous dungeons and raids to take part in you will have plenty to do. Thanks to the recent increase in the player base you won’t have a shortage of servers or people to play with either.

Sony Online Entertainment’s first EverQuest game (also free-to-play) has recently been inducted into the MMO hall of fame along side World of Warcraft and Ultima Online. Pointing out its popularity and early influence in the history of MMOs it certainly deserves the accolade. With 13 years of experience and knowledge from the first installment put into EQII you know you have a great free-to-play experience on your hands.