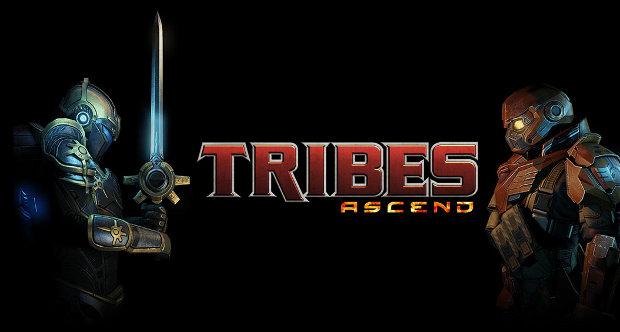 Welcome to the fortnightly series of articles that is to hopefully become a record of The Best Of Free Online Gaming*. We here at The Reticule know that not everyone has the spare cash to spend on every AAA or indie release, or to sign up to monthly payments for all the latest MMO’s. Trouble is, if your looking for some free gaming there are literally hundreds of games taking up the free-to-play structure nowadays and trawling through them all to find ones that are worthwhile can take up a lot of time. I aim to bring you some mini reviews on a variety of the best free-to-play games the internet has to offer, saving not just your money but your sanity too. Last time we took at look at EverQuest II, an MMORPG that can boast six whole expansions and eight years of development. Today we will be taking a look at something very new to the scene, Tribes: Ascend.

*Disclaimer – Games included in ‘The Best of Free Online Gaming’ are entirely chosen through opinion of the writer. This is coming from a guy who really likes FFVIII so please feel more than free to disclose your disgruntled disapproval in a long-winded comment below. Better yet let me know why YOUR game of choice should be included in this list.

Tribes is a name that may be familiar to some of you more seasoned gamers. Back in 1998 the first Tribes game was developed and released for PC by Dynamix with reasonable success. Over the next few years sequels and ports to the Playstation 2 were released but eventually the game, its fan base and its series faded away with the last release in 2004. Spring forward to 2012 and Hi-Rez Studios have decided it’s about time we heard from Tribes again and have released a free-to-play multiplayer only game called Tribes: Ascend.

For those of you unfamiliar with the concept of Tribes: Ascend, it’s a fast paced shooter based around classic multiplayer match types such as capture the flag, team deathmatch, capture and hold (another flag based game type) and arena. Players can choose between nine classes and three armour weight categories and can customise their own loadout for each class. Pathfinder, Soldier and Juggernaut are the three basic light, medium and heavy armour classes and are the only ones available initially. Other classes, weapons and upgrades can be unlocked by gaining XP from gameplay or by purchasing Tribes gold for a fast unlock. Player movement around the large maps is known as skiing, a term which was brought about by a glitch discovered in the first Tribes game. Skiing involves building momentum while travelling downhill in a floating fashion and using your jetpack to keep the momentum going on the uphill sections. Keeping up you speed is essential as it makes you a harder target for enemies. Combat in Tribes is generally very fast paced and getting used to hitting enemy players that are speeding past you and taking their own shots can take a bit of getting used to. Regardless, the gameplay and combat is very enjoyable, if not a bit competitive and it’s one of those easy to learn, difficult to master things. Graphically Tribes does look pretty nice, the huge sunny landscapes, characters and explosions of enemy grenades and rockets are done in detail and are pleasing to look at.

Tribes: Ascend is one of those games that I could easily see becoming an e-sport if it becomes really popular. It takes a fair bit of skill to do well in combat and being able to perform as a team is detrimental to winning. Tribes is available to download now for free and all the basic classes, weapons, maps and game modes can be unlocked without having to pay for anything. Gold only speeds up the process of unlocking all these items, which I think is a nice touch as it means people will only be able to buy a temporary advantage and players who are dedicated to playing will catch up eventually.

I have linked a gameplay video here if you wish to find out more.