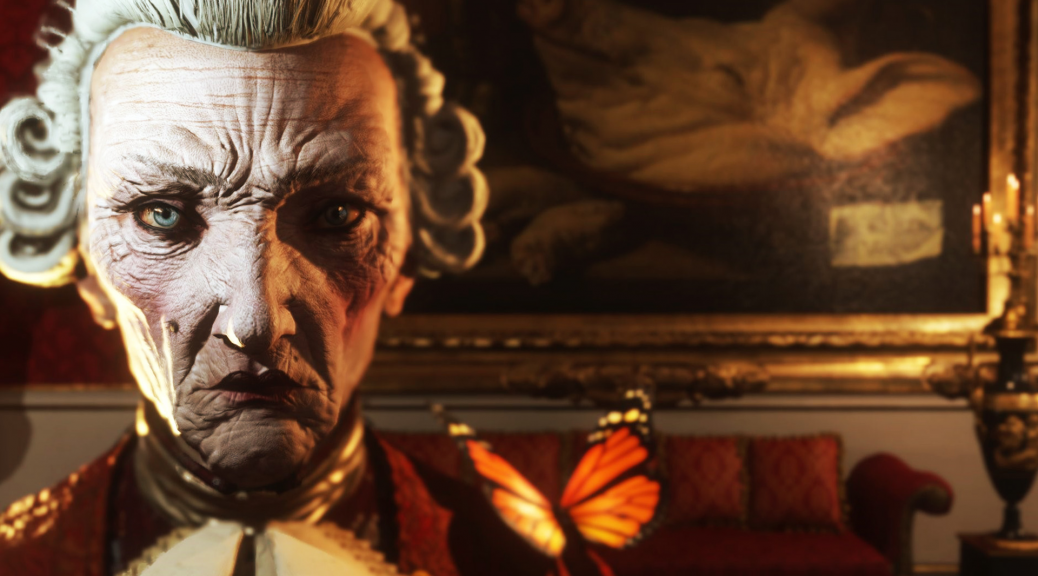 The Council is an adventure game set in 1793. Playing as Louis De Richet the first episode titled The Mad Ones begins with an invitation to a mysterious island by the secretive Lord Mortimer. Unsure of the reason for your presence on the island or that of the other bold characters, many questions are raised in your mind. Having recently been informed about the disappearance of your mother you have reason to believe that she may be on the island but know little more than that. It is your intention to discover the motives behind your mothers disappearance and piece together the goals of the other guests who all seem to have their own strange stories.

Character development is a key part of The Council‘s unique approach to the adventure genre. Adding RPG elements to a point and click game is certainly a new direction and one that feels like it’s been implemented well for the most part. The first thing to notice is that you have to choose one of the three skill trees; Diplomat, Occultist or Detective and then further advance this tree with specific talents. I chose the Detective tree as this is a mystery game after all and I wanted to feel adept at spotting the smallest of clues. From this tree I can choose to further advance my Questioning, Psychology, Vigilance, Logic and Agility skills with each point added meaning using these skills during main gameplay costs less ‘effort’.

Effort is a points based resource that can gathered and used during main gameplay. You start with six points of effort and utilising skills from your chosen tree uses a couple of these points or less depending on your skill advancements. The good thing is that just because you chose a certain tree doesn’t mean you will always be locked out of skills from other trees, it just means they will cost a lot more effort. Running out of effort is not something you will want to do as it usually means things will not go your way. People will see through your motives, you will miss hidden clues and some conversation topics will be closed off to you. In past adventure games when making key decisions you are sometimes tricked into feeling as if you have majorly affected a plot, dialogue or outcome in some way but with The Council this – at least initially – doesn’t seem to be the case. Depending on how you developed your character you are literally locked out of some options as your talents have not been improved. This might sound a bit unusual but it fits well and the RPG element helps you role play the story and become more involved in it.

During conversations you can use items to help sway the outcome in your favour, unfortunately the inventory and item usage is not the most intuitive. There are four items that help you with things like gaining effort points and discovering character weaknesses but learning what these do and which symbol corresponds to which during the heat of a conversation took me a while to get used to.

Occasionally during conversations you will have a confrontation with another character. During the confrontation the opposing character is basically sussing out your integrity and your aims. This is an interesting part of the game that unfortunately seems too rushed to enjoy properly. Between the amount of text on screen, the timed dialogue answering and balancing the use of items I find it hard to focus properly during these moments, meaning I occasionally miss out on lines of dialogue or text. As enjoyable as these sections are I feel they should be a lot more manageable and streamlined. Voice acting in The Council can be a bit hit and miss. During the thick of things It’s often quite good, but there are the odd moments where things sound awkward or unusual especially with the protagonist and this can be off-putting. Unfortunately the exact same goes for the script writing. During most conversations and narration the script is good, but again there is always the odd line that stands out as slightly strange. The developers Big Bad Wolf hail from France and I wonder if somewhere along the line the translation has not been handled in the best way. It’s only minor however and for some people this might not even be an issue at all.

One area the developers have really nailed is the design of the game and the character design especially is great. Each character has a strong and memorable image that makes them stand out as individuals and is among the best design I have seen in recent games. The level design is also top notch. Never did I feel like anything was out of place or that repeated textures and items had been used in a way that seemed lazy. Every room and building had bold and unique design.

After this introductory first episode I’ve been left with an overall good impression of The Council. I’m very interested to see where it goes with the rest of the episodes, how the characters and story develop and how the choices you make in the game really affect it.