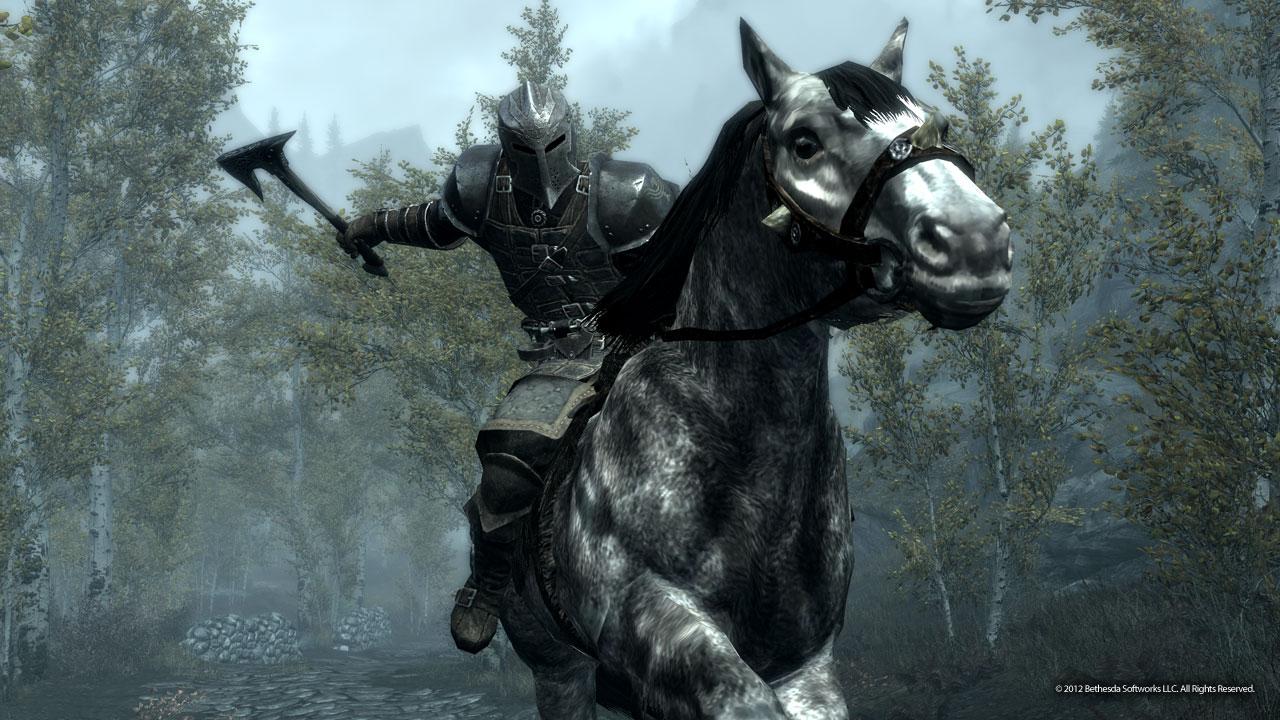 If there’s one thing I love about Skyrim it’s that it gives the sense of a deep and real, living and breathing world with meaningful consequences. There are various different stories to delve into, different paths to choose and even random chance encounters with a troll or necromancer that could potentially take you halfway across Skyrim on a quest for glory. Dawnguard is the first available DLC from producers Bethesda and adds to this world by deepening your characters story and environment even more.

Having sunk around 125 hours into my original Skyrim playthrough I thought I had more than had my fill of being dragonborn. But after an absence from the game of around three months, Dawnguard has reminded me of my love for the game and made me realise just how much I had actually been missing it. Certainly I had exhausted almost everything my original mage could do, but Dawnguard gives me a good excuse to start afresh with a new class and gives me the chance to do any quests I missed the first time around. Besides I wanted to try out that awesome looking new crossbow and become an evil vampire lord and my goodie two-shoes mage just didn’t seem like the kind of person to do this.

Dawnguard’s core story revolves around the return of a vampire lord known as Lord Harkon and the archaic clan under his control, the Volkihar. Lord Harkon has put plans into motion that would allow vampires to rule the earth by blocking out the sun with the power of an Elder Scroll. Isran, the leader of an order known as the Dawnguard opposes vampires and all the evil they bring to the world and catches wind of their new scheme. His aim is to band together a group of like-minded people who will help him stamp out the vampire menace once and for all. Without spoiling too much it is at this point that the player has to make a very important choice. There is going to be a war of potentially epic proportions, the outcome of which could be more influential than that of the dragon threat. You have to decide if you want to join the Dawnguard and help rid Skyrim of another evil or join Lord Harkon and take on the immense power and glory that he has on offer.

Along with the new story and quests that Dawnguard brings, there are also many new and improved combat elements to what, in my opinion, was becoming a slightly repetitive experience, especially when enclosed in a cave or building. The new crossbow for example, whilst very similar to the trusty bow packs more of a punch and once upgraded with explosive bolts of fire and ice is rather a lot of fun to use. Mounted combat is another very enjoyable, although slightly tricky addition. Firing arrows from a moving horse to hit a target many meters away takes a good few tries but is very satisfying if pulled off. I just wish this had been added sooner or even with the original release as during the Dawnguard story it seems there is little time for mounted combat to be used without going out of your way to do it. Ability trees have been added for both werewolves and the new vampire lord form and comparing the two it seems as if the vampire lord has come out on top. The vampire lord ability tree allows you to gain bonuses in stamina, health, magicka and melee damage as well as being able to summon gargoyles, regenerate whilst being invulnerable and slow time. That’s all on top of being able to float over water, carry unlimited amounts whilst in vampire lord form, cast blood magic and transform as many times as you like. The werewolf ability tree on the other hand increases damage whilst in werewolf form only, which unless you have the ring of Hircine, can only be done once a day. Werewolves can also summon allies in the form of ice wolves, receive bonuses to health and stamina and increase the amount of time they stay transformed by feeding on people and creatures.

One great addition and something that has not been mentioned much is that when you visit the newly erected vampire structures, such as castle Volkihar, now spread around Skyrim you will encounter many gargoyles dotted about the architecture. At various points during quests these gargoyles will come to life, sometimes more than one at a time and usually within a closed space and boy oh boy, you better be prepared for it. So ferocious and powerful are they that they usurp even the frost troll to become the hardest and most terrifying opponent aside from a dragon. Which brings me on to my next point quite nicely, the new Legendary dragons. Legendary dragons are extremely rare needing you to be around level 76-78 for them to show up regularly. They use both fire and frost breath and the drain vitality shout which lowers health, stamina and magicka over time. They are, as suggested by the name, the toughest to encounter of the randomly spawning dragons in Skyrim.

One inclusion that really doesn’t sit well with me is the inclusion of the “face sculptor” Galathil. Not much is explained about her story, the background of her work, the reasoning for it or how she actually performs the changing of faces. This addition just seems a bit rushed, vague and pointless to me. I’m not sure how other people work when playing RPG’s like Skyrim but, no joke, during my original playthrough I took around 45 minutes just choosing what my character would look like. To me an addition like this is useless as I would never want to change how my character looks underneath the suit of armour. If the character background was explained better or had more depth, like just about every other aspect of Skyrim, I could accept that it was a part of the game and move on still uninterested. It’s just the fact that her appearance seems so out of the blue and unexplained.

I don’t know if I have just been lucky up until now with the much heard about Skyrim bugs, but I was fortunate enough not to encounter any during my disc only playthrough. After having installed Dawnguard, however, things changed. Among the most frustrating of these bugs was an entire system freeze. My console has frozen maybe… twice since I bought it several years ago, but decided to freeze a total of three times during the first two hours of starting the Dawnguard quest line. This was disappointing to say the least and seriously stalled my enthusiasm to continue the DLC, and it turns out I’m not the only one having these problems. Bugs and annoyances aside I continued on with the quest line and the vampire vs. Dawnguard saga.

While Dawnguard adds a good 10-20 hours worth of new quests, plenty of replay-ability, new areas and new skills, there is still nothing significant enough to make this a must have purchase for me. Don’t get me wrong the new storylines are on par with any of the guild storylines and fit in seamlessly with the world of Skyrim, it’s just nothing inspirational, nothing new. For anyone who has played Skyrim’s predecessor, Elder Scrolls IV: Oblivion, one of the best bits comes when you engineer the opening of a rift and re-enter the realms of oblivion. Needless to say, if I were to mention anything else it would contain spoilers, but I will say that evil ghost horses were ridden and many skeletal beings slain.

As a lover Skyrim and the Elder Scrolls in general, this DLC package really did reignite my love for the game and gave me some new content to sink my teeth into. The additions of crossbows, mounted combat, new talent trees and the whole turning into a vampire lord thing are very welcome and add some neat new features to play around with. But at 1600 Microsoft points (around £14) however, you have to ask yourself if this is really good value for money. My answer would be yes, but only just and only because I enjoyed Skyrim so much. If you’re bored of delving into caves, killing vampires and skeletons, dealing with all manner of kooky quest givers and are just looking for something distinct and brand new in the region of Skyrim then this is not for you. However, if you’re looking for a few new quests and a reason to get back into a game that you love playing then seriously consider the 1600 point hit, but maybe wait till they patch out the bugs.

For more details on our scoring system, please check out this post.

4 thoughts on “The Elder Scrolls V: Dawnguard – The Verdict”