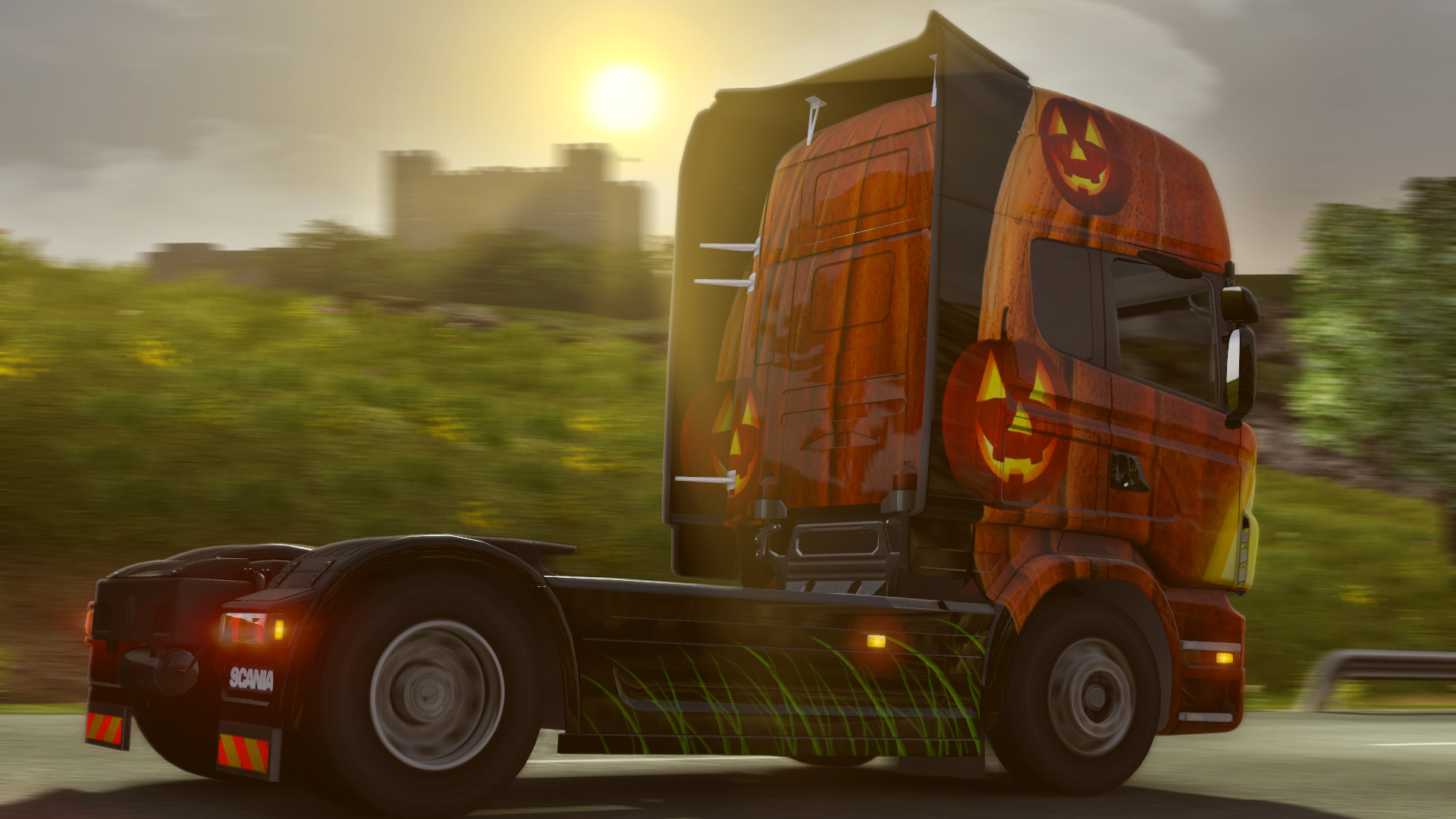 Since I moved into my flat I haven’t had as much spare time to devote to my trucking career as I would have liked and I have seen some major changes take place to my beloved European Truck Simulator 2..

In September the team at SCS Software released the Going East update which added roads across vast swathes of new roads and vistas in Eastern Europe. The screens the team released of the DLC looked great, and I am absolutely gutted that I haven’t been able to get my truck over to the new lands just yet. The team haven’t just been releasing DLC as they launched World of Trucks along with patch 1.6. Sadly this isn’t a massively-multiplayer update to the game as I had hoped when SCS first teased it. It is (for now at least) largely a community hive for the game which has some direct links with the game itself. There are options for creating your own driving licence, uploading your own photo to be used as your in-game avatar along with an enhanced screenshot and gallery capabilities. I haven’t had a chance to test it out yet, but it looks quite neat.

While the team have been busy working on World of Trucks and the latest update (I’ll get to that don’t worry) they have been playing around with Ouclus Rift integration. At the moment implementation is very much a work in progress, you can find the relevant configuration details on the SCS forum and watch this video made by Graham Smith at Rock, Paper, Shotgun. I’ve never used a Rift, but it is definitely in the list of things I need to do.

More recently (yesterday this is) the team released version 1.7 of the game which came along with a new truck, the Volvo FH. It is something the community has been waiting ages for, so I am sure there will be many happy people around. More exciting is the first release of micro-DLC, a Halloween Paint Jobs pack. Due to SCS’s limited backend resources, this DLC is only available via Steam and for the small sum of £1.59 it is reasonably priced for a range of gorgeous Halloween and spooky custom truck designs. I think this is a really positive move from SCS, there only ever be a limited number of people who will go around and make their own custom paint jobs so to offer a seasonal bit of content like this doesn’t go amiss.

In further good news, the future 1.8 update will feature an overhaul of the AI traffic. This has long been wonky in the game, especially when motorways merge from three to two lanes and after toll booths. Things are certainly looking exciting in the trucking world, it is only a matter of time until I get back in my rig.