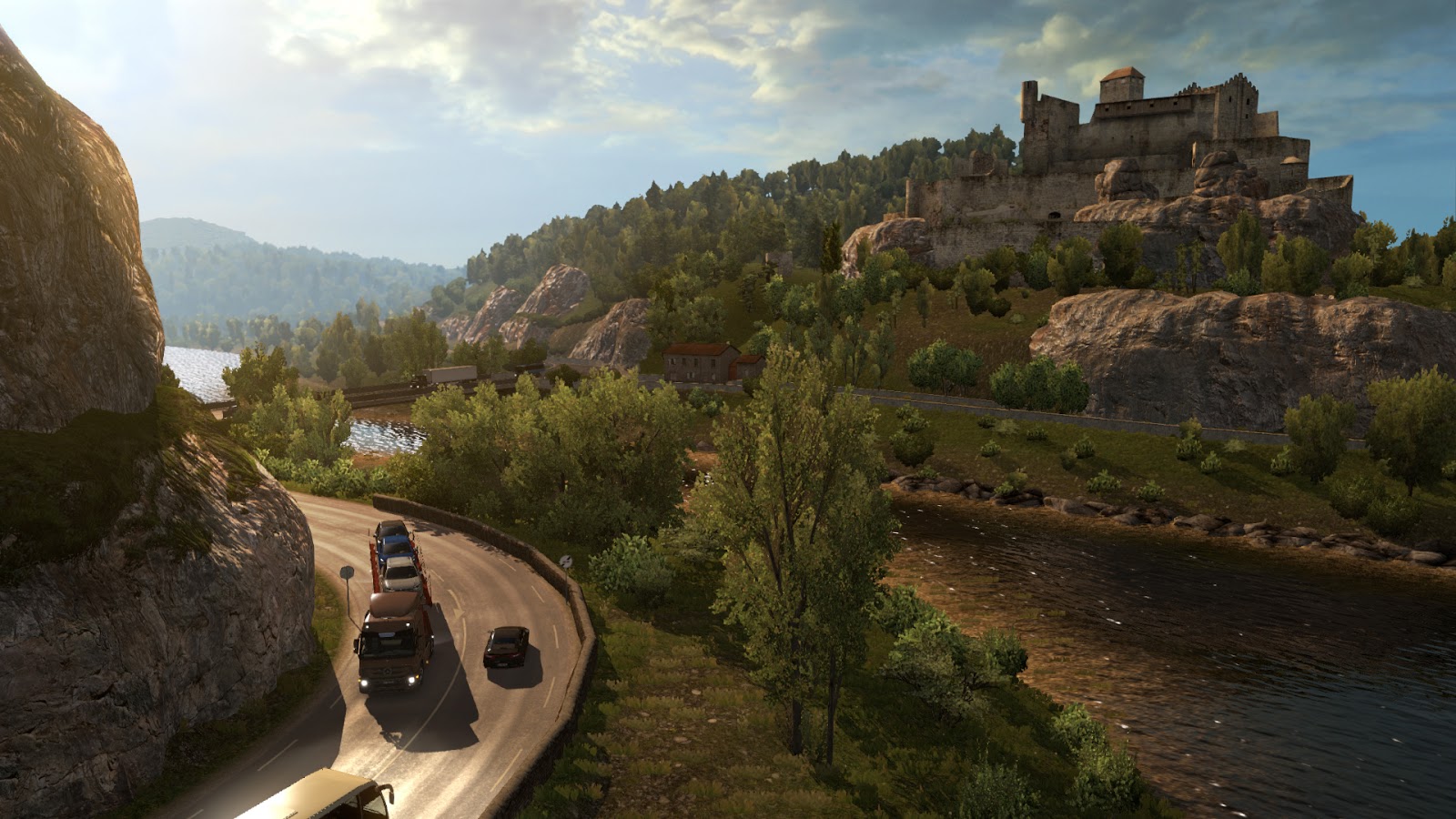 We’ll take a look at American Truck Simulator first, and it pains me to say that I haven’t checked this one out yet. It is certainly on my to do list though, especially as the open beta for version 1.5 is available on Steam right now, 1.5 is going to be an essential update. SCS announced back in June that they were going to start working on a re-scaling project for ATS. The headline impact the re-scaling will have is that the map scale is going from 1:35 to 1:20. This has the immediate impact of making roads outisde the cities 75% longer which has a knock-on effect to make the game feel more like European Truck Simulator 2 with the greater in-game distances to travel between cities and a day-night cycle bringing the two games in line. The added benefits of the re-scaling are that it is allowing the team to totally revamp some problematic junctions. Just check out the below images showing the difference between the versions of the game for the junction of U.S. Route 101 and State Route 58:

The update also includes new liftable axle configurations for 6×2 trucks and changes to how weigh stations and parking breaks work. It also includes the generic changes that are being made in the 1.26 update for European Truck Simulator 2. The team are still working on the Arizona DLC, and you can expect them to make great headway with that once they have polished off the 1.5 update.

On the European side of the house, the 1.26 update for ETS2 introduces a host of quality of life improvements, but the big news here is that SCS have re-built Paris from the ground up, and have made smaller cosmetic changes to the roads of Northern France. What’s more, SCS are releasing the Vive la France DLC on Monday 5th December which will be filling in the massive missing piece from the current ETS2 map. Alongside 20,000 km of new roads and highways there are 15 new cities to explore along with new cargo and industries ( including nuclear power stations) and of course, the infamous French toll roads. Take a look at the map below to see all the new roads and cities:

It’s a credit to SCS that they are continuing to work so hard on both games. It can’t be easy for a small team, but they are certainly keeping the playerbase up to date via their busy blog and the new content is surely appreciated by the community. I’ll have to return to ETS2 at some point, but I think I need to take my first steps in ATS soon.