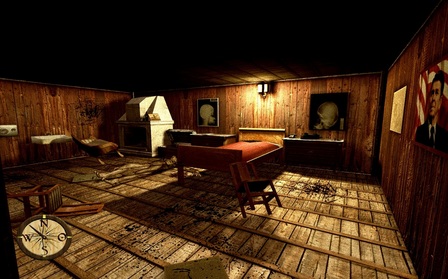 I have come across a very interesting piece by Ivan Ertlov, developer of upcoming indie title Into the Dark on IndieDB where he explains some of the difficulties faced by German developers when it comes to creating games which don’t infringe on German law.

Ivan notes that the restriction on how games depict World War Two and the Nazi’s doesn’t also affect film and literature. This comment highlights the absurdity of it all.

The live-action movie cutscenes in “Anderson” – our first game – had to be censored in order to blur all symbols out, we had a court order and guidelines from a german federal prosecutor we had to follow step by step. If we had released the SAME Movie cutscenes as Direct2DVD-Trash-Movie WITHOUT a game, it would have been ok to show them.

Indeed, Ivan says that games which are in contravention of the law can receive an advertising ban preventing the game being displayed on store shelves, or even declared “strafrechtlich bedenklich” which deems that any distribution of the offending game can lead to punishment under federal law.

There are also several steps Ivan has to follow with Into the Dark to ensure he stays on the right side of the law during development.

A lawyer is checking regularly what to alter and what to keep in order to be on the safe side
When we send out promotion pictures, German / Austrian media get others than the rest of the world
When we send promotion pictures WITH some content that could be critical, we have to use a non-german, non-austrian mailserver (Czech free mail, as example).
We cannot give playable code with any CHANCE to see a forbidden symbol or a symbol that is similar enough to be confused with a forbidden one (which is the quote from the law, guess how easy you can be punished under that) to reviewers / beta testers in Germany & Austria.
Before we release the game, we have to make a special one for Austria / Germany where all this stuff have been removed. That means also we have 2 different codebases to handle for further updates…
When we send links to our German and Austrian friends & Fans (and most of them are form these 2 countries) with the latest screenshots and news on IndieDB (what we do on a daily base), we have to include anonymouse or “hidemyass” routines.

It seems a very tricky area of development, and I am sure that for indie developers like Ivan it makes work very difficult to avoid legal problems. You can read his entire article here.