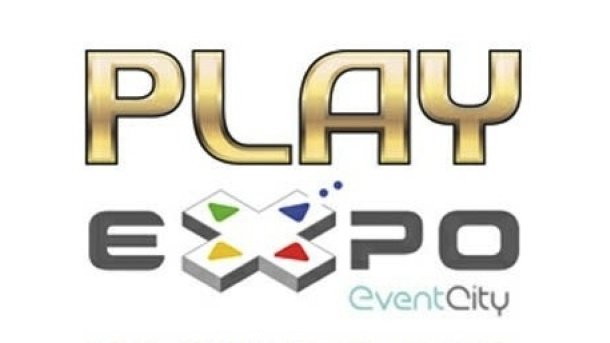 Gamers — it’s a word flung about by many to try and group everyone who plays games under one banner, but how can one word describe such a vast variety of people? There are people who play games to relax, those who play professionally, those who cherish the arcades and those who will only play the latest releases. Each radically different from one another, but each one a gamer.

Play Expo, the newest videogame expo, attempts to please as many different gamers as possible with every console from the Amiga to the 3DS on show, as well as arcade and pinball machines. This year’s event was held this weekend in Manchester, and I got the pleasure of attending.

The event offered one of the greatest first impressions I’ve seen — rows and rows of beaming CRT monitors, each hooked up to a classic console. Megadrives, SNESs, ZX Spectrums and Commodore 64s side by side playing the greatest games of all time.

There’s a wonderful simplicity to the games of old that is often overlooked in modern games. Technical limitations usually meant that games could only have few mechanics, so to stand out they had to perfect the mechanics they had. Similarly, with graphical limitations, developers didn’t strive for photorealism, they created an suitable aesthetic with the technology they had.

There is much to be said for playing them on a CRT TV as well, while they don’t stand up to LCDs or current TVs in many ways they do have one major advantage — no lag. Every button press is instantly converted to your characters action on-screen, offering you ultimate control over and increasing immersion infinitely.

As well as classic games Play Expo also had new titles on show, including some for the Wii U. This was my first hands-on with the console and while it was impressive, it wasn’t revolutionary. From the few games on show it seemed like a distinctly current-gen console, its best looking game — ZombiU — looked like it could be done quite easily on a PS3. What sets the Wii U apart though is its tablet controller.

The gamepad is surprisingly lightweight, able to be held one-handed easily while you tap on the screen with the other. On the back the shoulder buttons are suitably located and there is a groove to make your hands fit comfortably when held in two hands. However, due to my skinny fingers I had to shift grip while holding one-handed and there was no way in which I could do so comfortably. By the end of my time with the controller my left hand felt like a gnarled claw. It should be noted though that I was stood up and this problem would be largely eradicated sat down with something to rest the controller on.

One of the games I got to play, and one of my most anticipated of next year, was Rayman Legends. Much like its predecessor it is one of the most fluid platform experiences there is. Playing on a standard controller the game seems largely unchanged from the near-perfect Rayman Origins. Progression instead looks to have been made in level design and the implementation of the gamepad controller.

Playing on the gamepad is an entirely new experience. It feels like being demoted to a supporting role, tasked with cutting ropes and stunning enemies so the main player can reach their goal. In theory it’s a great way to enable “hardcore” gamers and casual gamers to play a game together, but I still have concerns whether that will be the case and how it will affect playing the game on your own. Sadly I was unable to play single-player so I have no idea how it will work.

Also playable on the Wii U was New Super Mario Bros. U. Those who read The Reticule regularly may know that I’ve not been impressed by the most recent Mario games. I was cautiously optimistic for NSMBU though, but that optimism may have been misplaced. It would be easy to say the game is basically more of the same Mario that we have been seeing for the past 10 years. In the three levels I played there were two notable additions; the Flying Squirrel suit, which enables you to glide, and the gamepad controls, which a player can use to create platforms in mid-air.

Naturally, its impossible to make generalisations about the main game based on just three levels. I still remain reluctantly optimistic though because, while apart from the gamepad play there were no major innovations, the level design did seem remarkably good even for a Mario game. Perhaps the rebooted Rayman series’ success has done enough to unsettle Nintendo.

Another notable game at Play Expo was Need for Speed: Most Wanted, or as it may semi-accurately be called — Burnout Paradise 2. On show was the multiplayer mode, in which players competed to get the fastest top speed, most takedowns and longest jumps. The only way to describe it is Burnout Paradise with Need for Speed‘s physics, which sounds like a good mix but isn’t.

The cars handling is too heavy for the high-octane stuff that the game asks for you to do. Taking down an opponent, pulling out a 180 and then ramping through billboard was so fun in Burnout Paradise because of the twitchy drift-happy controls; doing the same task in Most Wanted feels like a chore.

One of the great things about the Play Expo was that straight after being disappointed by Most Wanted I went and played Super Mario Kart. And at how many expos can you do that?