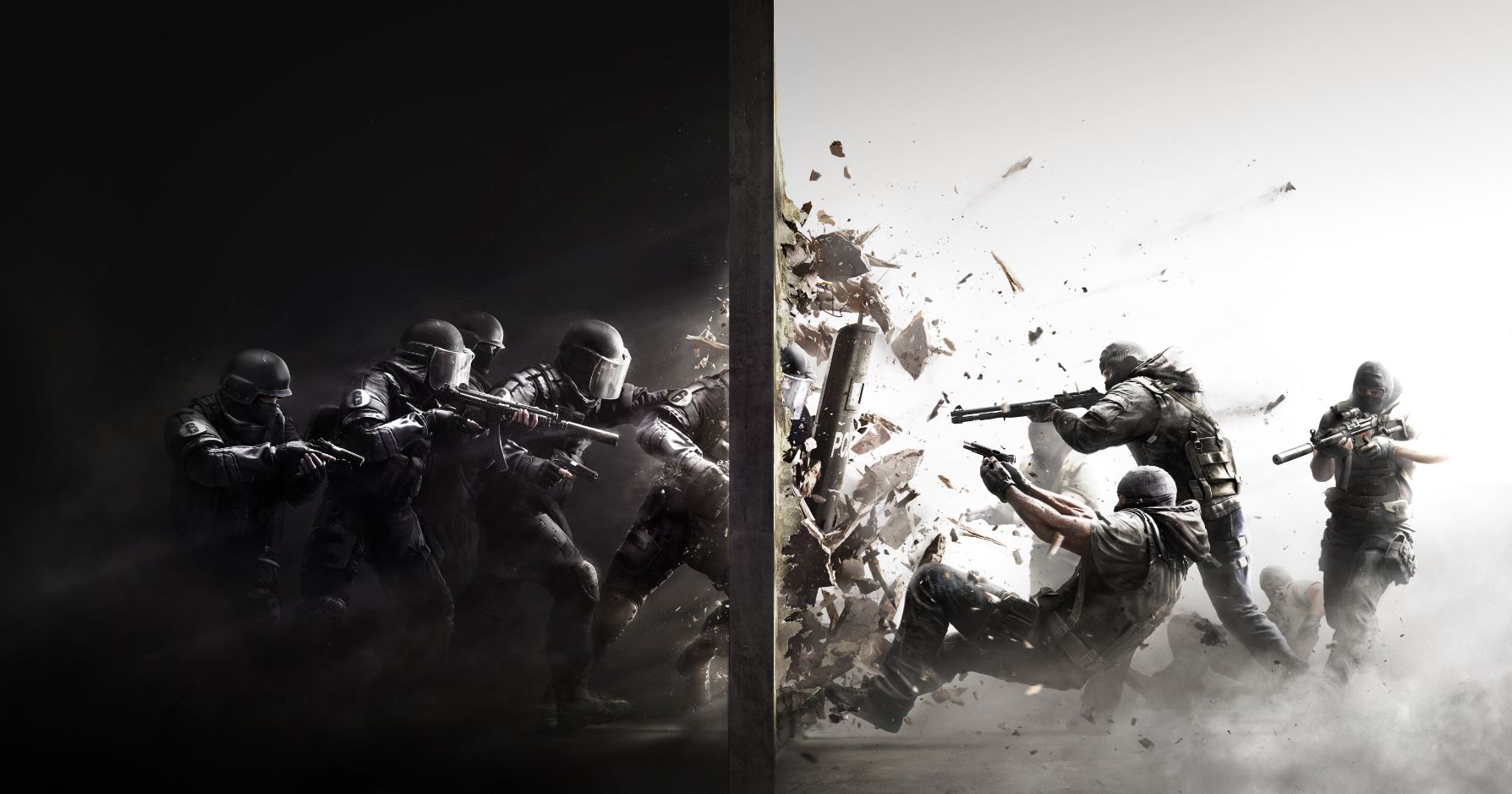 While E3 has come to an end, and many a British journalist is facing a long-slog home to face the jet-lag, we here at The Reticule are still going to have some thoughts to share on what was revealed in Los Angeles. Right now I want to take a moment to talk briefly about two games which unexpectedly caught my attention, Rainbow Six: Siege and Dead Island 2.

I first paid attention to the Rainbow Six games after reading the book of the same title by Tom Clancy. I really enjoyed the book, it provided a nice diversion from the Jack Ryan saga which at times found itself spinning off far and away from its original premise. The Jack Ryan books are analogous to the Rainbow Six games in that they turned from tightly focused tactical experiences to more action-oriented adventures with games like Rainbow Six: Vegas. From all accounts, the Vegas branch were thoroughly enjoyable games, but had somewhat lost the heart of the originals.

What made me sit up and pay attention to Siege (apart from the gushing praise from those who saw it up close) is that the reveal trailer shows off some awesome destruction of the house the Rainbow team are storming and the focus on teamplay. The destruction for one is amazing to behold, and somewhat more satisfying than the Levolution effects seen in Battlefield 4. Everything from the hostage takers laying barbed wire and reinforcing doors and windows to the Rainbow team blowing their way through aforementioned windows and even a basement ceiling. If all the levels are structured similarly to this demo and are of the same size, the destructive elements will provide numerous different ways of approaching the objective.

I can imagine some people will snort at the trailer and the contrived conversations between those on the Rainbow Six team, but the essence of what they were talking about rings true for me. I used to play Battlefield 2 with my buddies in the -=256=- Clan in some competitive leagues. While we weren’t a match in skills (or exploits) for many other teams, the nature of discussing plans and communicating on your progress to the objective was broadly similar to what went on in the above video.

It does leave me wondering what will happen when playing with random punters, and I haven’t seen any concrete details on how singleplayer will shape up. For what we have seen though, I am pretty happy to see a long-running classic return to its tactical roots.

I’ve got slightly less to say about Dead Island 2 having never played the first. However, I do note that the new game is being made by Yager, the team behind Spec-Ops: The Line, a title which I am only just getting my teeth stuck into. How I missed this game for so long, I don’t know as it is really well crafted. I’m looking forward to seeing further evidence of what Yager can do with this open-world zombie game. The notion of seamless drop-in co-op in a similar vein to Journey is interesting, how that works out will be interesting.

Apart from that, the trailer for the new title is brilliant. It might not match the slow-mo time-switching trailer for the first game, but watching a man who has been bitten, run along a Californian beach front while humanity unravels behind him, before he too succumbs to the inner zombie is thoroughly enjoyable. The ending is quite amusing too.