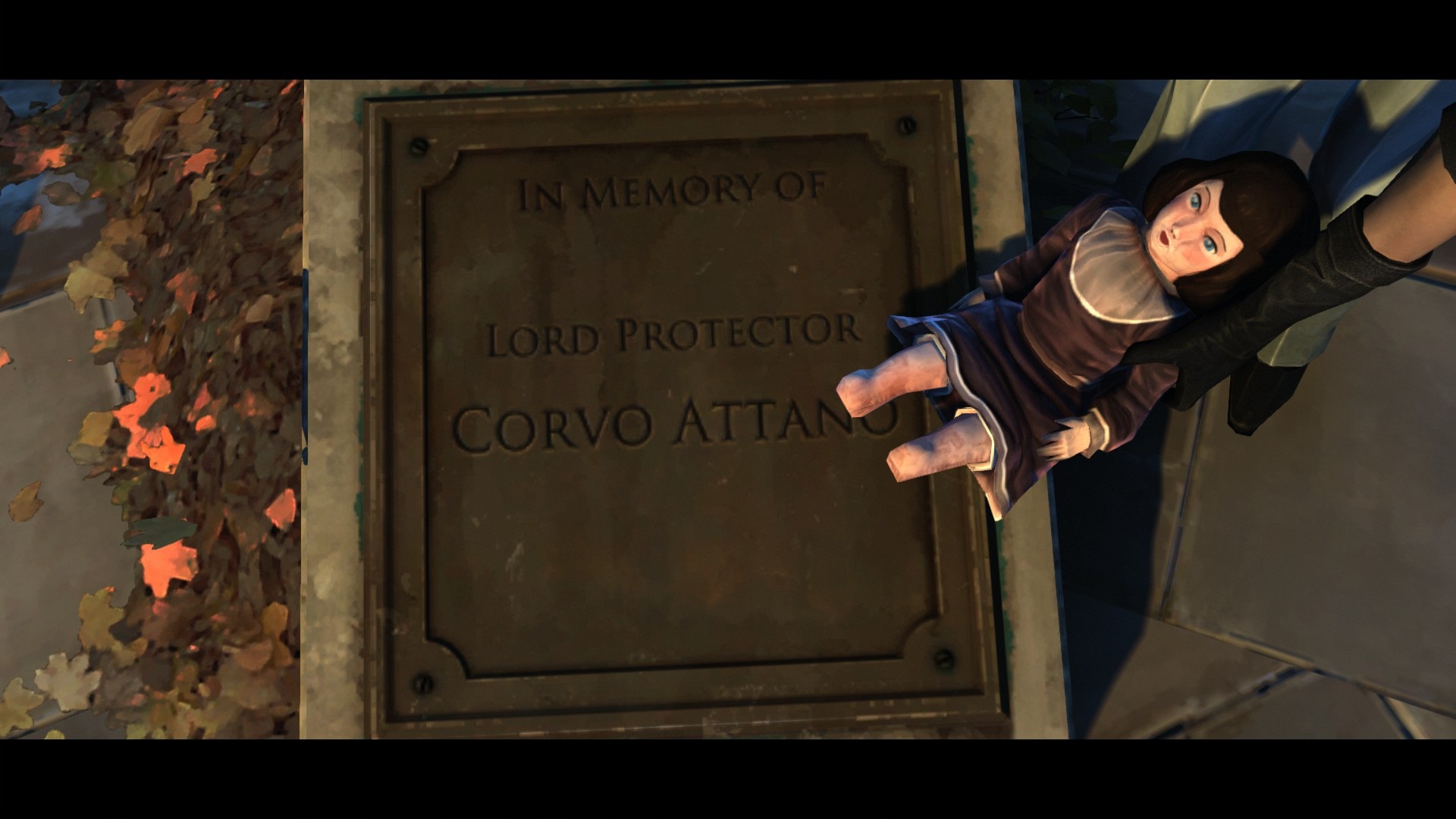 I asked Steph if, after four years away, she could come back with a few words to share with the world. She gave us a nice retrospective piece earlier in our celebrations, and now blows the world away with her Favourite Games of the Decade. Read on, you’re in for a treat.

Whereas the others have focused on titles they covered over the years on the site, the truth is that I reviewed very little worthy of further comment (except the sublime Ikaruga, which is nevertheless not really a game of the last decade). I’m therefore throwing the agreed format out and doing my own thing, which, unless Chris (perhaps wisely) brings his editorial hammer down, will involve me picking my favourite game of each year since 2008. And because I’m really trying my luck, I’m giving each year an honourable mention pick too. You don’t write for four years, and then it just all comes falling out:

My Decade in Games Congratulations – you’re an anime dolt who inherits a tank and then ends up commanding a squad of high schoolers in an alternate history World War II. Valkyria Chronicles was a strategy RPG with some interesting new systems and an arresting water-colour art style. The real stars are the extended cast of squad members who all have certain attributes that make them better (or worse) fighters based on where they fight. More games with meaningful character quirks, please!

Best game that only deserved an 8 of 10 at the time yet would still get the same score today: Mirror’s Edge

Editor’s Note – Mirror’s Edge was a fantastic example of an 8 of 10 game that certainly didn’t need a sequel. Like, at all.

It’s telling how Ubisoft made three games with Florentine Beefcake Ezio and has yet to give any of its other AC protagonists more than a single outing – even despite the fact that anyone who has followed this series has now basically played this game ad nauseum, this was the one with the best story, the least bloated mechanics and the most interesting/under-exploited setting.

Much is made of the difficulty of tough platformers like SMB, but what has stuck with me over the years (and when trying other Edmund McMillen collabs like The Binding of Issac and The End is Nigh) is the generosity of content and the sheer joy of poking at each level and uncovering new and fascinating challenges. Once you’ve assimilated the brilliant controls, the game opens up a seemingly unending cascade of dark worlds, glitch levels, unlockable characters, and every one of them recaptures that feeling you got when you found your first Super Mario World alternate exit.

Best game that can wait for a bit, it’s in the middle of some calibrations: Mass Effect 2

Editor’s note – Guilty secret. I haven’t played either of these games. There’s a case for Portal as the better, more challenging, tighter experience, but no game has ever had sharper comedy writing or smoothed other the demands of its complex problem solving so intuitively. As a long-time (at this point, perhaps one-time? Valve fan, the last 10 years has been a transition between being sad that Half-Life 3 is still not a thing, to wishing that Valve would make games as good as Portal 2 again.

Editor’s note – Portal 2 showed the world that Valve was still a fantastic developer of singleplayer experiences. Sad that they lost their way. A fantastic new world that came to us somewhat out of left-field, perfecting the Thief formula that had always threatened – but never quite managed – to become something peerless. The addition of magic cut some of the faff out of first-person stealth, and the game was just as good (though about a quarter of the length) when re-experienced without stealth.

Editor’s note – I was so close to putting Dishonored into my own select choice of Games of the Decade. Part of me wishes I did, but I’m glad Steph covered it here.

A series of games apparently cursed to release on Nintendo’s second-string consoles, Pikmin 3 is a joyous puzzle-strategy title about the little universe in a garden. In classic Nintendo style, the mechanics just click and throw you a bunch of never-dull challenges, and while other games in 2013 pushed into new narrative and artistic territory, I’ll never grow tired of directing my little spacemen and their 100 tiny carrot people. Sorry.

Best game that features insufficient amounts of delicious 3D rendered fruit: The Last of Us

Triple-A side-scrolling platformer have quite possibly gone extinct and we barely noticed. It makes sense: Indie teams can put out artistically significant games for a fraction of the price and even at Nintendo the default assumption that the mass-market can’t hack 3D Mario has been challenged by the runaway success of Odyssey. Still, this Retro Studios DKC effort was a hell of a thing for the genre to finish on: pitch perfect platforming, control, music, visuals and nostalgia.

Best other 2014 game that Nintendo still charges £40 for, but seriously, how are they getting away with this: Mario Kart 8 There are a lot of 2015 games I still haven’t played that are probably better than Monolith Soft’s weird jank-fest open worlder, and yes I haven’t played them, and yes this is probably the worst game on this list. BUT, being as committed as I was to the Wii U and a little more in love with sci-fi fantasy and stompy robots, Xenoblade Chronicles X was a game in the right place at the right time. There’s real craft here that shouldn’t be downplayed anyway: the developer had a big part to play in Breath of the Wild’s design and the beautiful alien landscapes and greater scale are an interesting counter-point to that game’s more grounded world.

Editor’s note – The WiiU gets bad press. And deservedly so, the concept didn’t connect with anyone. Well, apart from Steph, but there were so many great games were released on it. It’s a good thing the Switch appeared, as these gems (or different titles in the franchise) can now be appreciated by a large audience.

It took me until 2014 to understand the appeal of Pokémon, but in 2016 Game Freak finally made a game that could stand alongside contemporary RPGs and be legitimately the best thing you played that year. A long-overdue shedding of conventions that had been kicking around since the logic was rattling around the Gameboy’s RAM (all 8kb of it).

Best game based on a big-box PC game manual: Homeworld: Deserts of Kharak

Years ago, on this very site, I asked the cosmos where our game based on Hayao Miyazaki’s manga Nausicaa of the Valley of the Wind was. Thing is, I like Miyazaki’s film Princess Mononoke even more, and the fact that the latest Zelda game has absorbed so much of the greatest anime movie of all time is quite welcome indeed. I’ve always found the world of Zelda titles to feel quite empty, so I was fully expecting Breath of the Wild to feel beautifully pointless – but between the possibilities opened up by material-based building blocks of everything in the world and the joy of discovering and challenging new shrines, quests and puzzles, Hyrule has never felt more consequential.

Best game that’s good despite featuring yet another version of the Green Hill Zone: Sonic Mania

Editor’s note – Breath of the Wild is an immense game, I personally really enjoyed the opening few hours of it. But, as happens so often, I got distracted, and whenever I go back now, I’m entirely lost as to how the different elements of the game work together. Shame on me.

Of course, Breath of the Wild learned a few of its tricks from Shadow of the Colossus and this stunning remake feels particularly well-timed for those on the Sony-side of the fence. The emptiness of SotC is by no means an issue – it’s the point, and the pervading sense of sorrow follows you to every colossus-slaying. I may have sworn a bit at the controls though. Sssh.