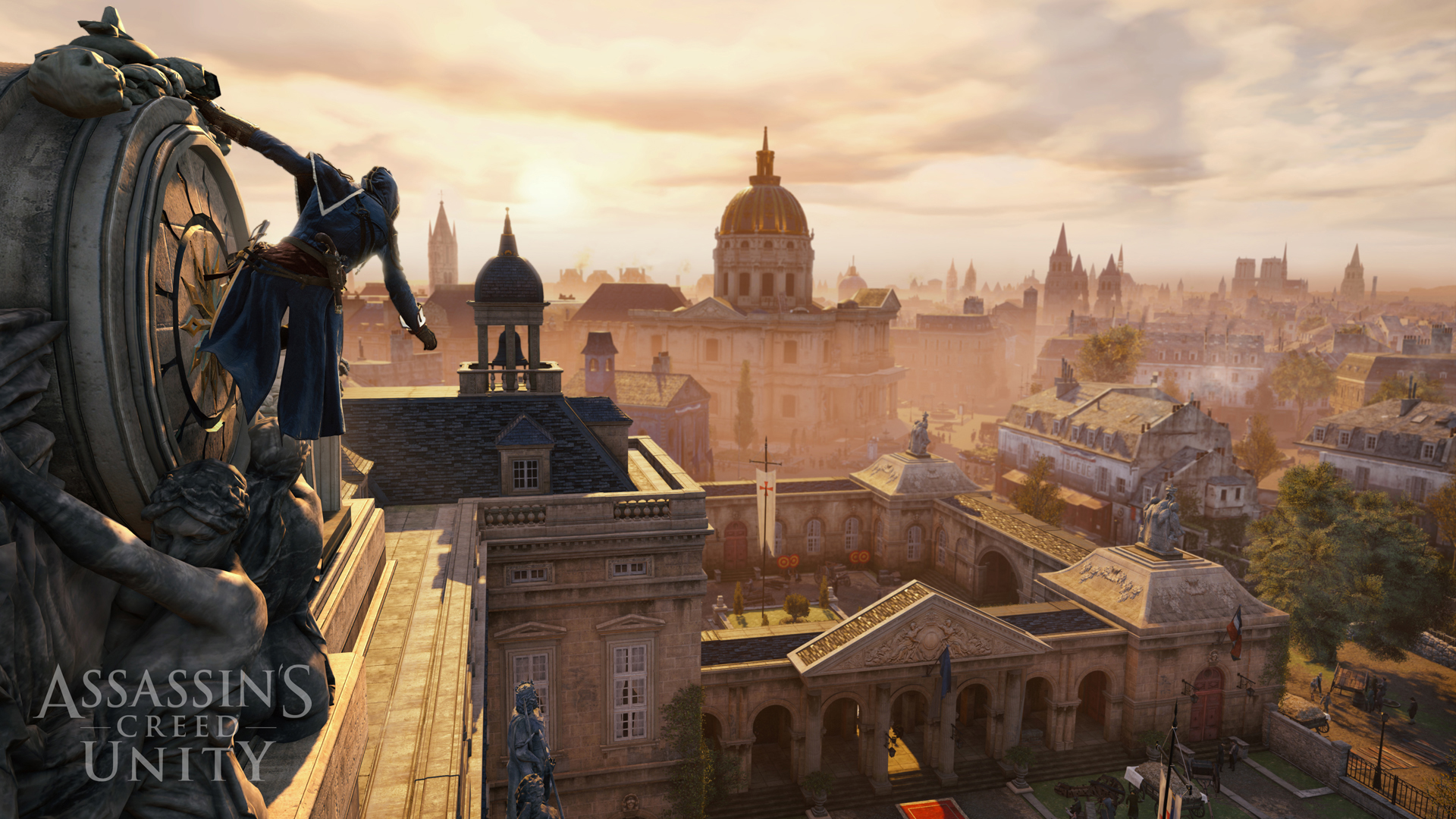 So you thought Assassin’s Creed Unity was going to be one of those games that tried to be serious and easy to follow did you? Well, think again because Ubisoft have just released two brand new trailers that throw all that out the window.

The first trailer shows the player deperatley trying to escape a time anomaly within the animus, It eventually catches up to him and he is transported to a future version of Paris with planes, machine guns and massive V adorned on the Eiffel Tower. What could it all mean? Watch the trailer below and let us know what you think.

The second trailer takes the lighthearted approach as four voice actors impersonate celebrities as they play a co-op mission within Assassin’s Creed Unity. I’m not quite sure what the point of the trailer is, but there are a few laughs to be had and the voice actors are actually very good.