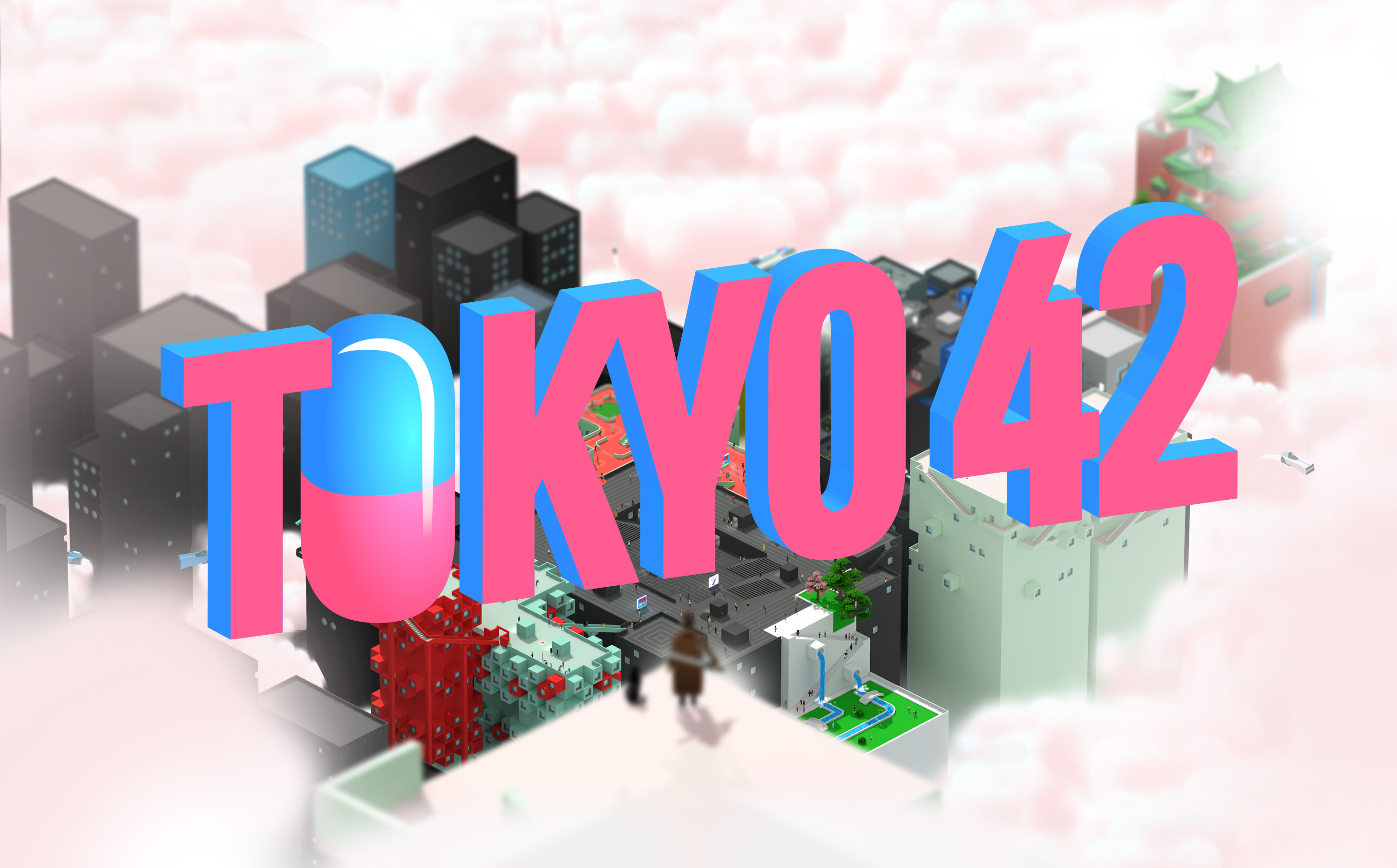 It’s here, at long last, my Verdict on Tokyo 42, a game I seem to have been wittering on about for anywhere between 4.2 seconds and 42 years. This shooter/stealther/cat game has been thoroughly enjoyable to play, even if it can be devilishly hard at times.

Billed as the “lovechild of Syndicate and GTA 1” on the official website, this is a hyper-active, and at the same time calmly precise, asssisination simulator. In the world of Toyko 42, people don’t die permanently thanks to their NanoMed’s, and murder doesn’t happen…unless you’re being used as a scapegoat by an assassin who has killed someone not using their meds. You dive into the dark world of Toyko assassin’s, looking to unravel an enthralling conspiracy while performing other casual contract jobs to bring in the money you need to buy the weapons that you will use to dispense justice.

It’s a game with several personalities. You must consider bullet phyiscs when lining up your perfect headshot, when leaping across the rooftops of this gorgeous imaginging of a futuristic Tokyo; you won’t want to jump right into the path of your enemies fire. Yet, in its quieter moments, you might not need to resort to guns at all. Crouch down, consider the sight-lines of your foes, then drop them with a swift slice of your Katana.

The gunplay at times can be frightfully difficult. Charging headfirst towards a target without consideration for their goons will see you respawning at your last NanoMed station quicker than you can say “Cats are the real gods of Tokyo in 2042.” When the bullets and grenades are flying, you will need all of your skills while jumping through the air to stay alive. Quite often, you will do this while trying to keep the camera in the right position. Using a freely rotatable isometric perspective, it is important to remember where the buildings are around you. One wrong move without playing with the camera will leave you blind to where your character is, potentially shooting into a wall, rather than the goons firing at your head. Controlling the camera during the action is as much a skill as the running, gunning and jumping.

This might be why I prefer to employ the sneak approach where possible. That, and the delights of completing a mission with a Ninja (not spotted), Ronin (killing all designated baddies) or RONINJA (combining both aforementioned challenges) rating are why I will use my Katana where possible. Opening fire will immediately cause alarm amongst any foes in the area, with a search for you quickly unleashed. Running away and returning after a short break from the kill-zone is perfectly legitimate if you are spotted, you just have to learn to use the sight-lines causes by the stunning architecutre of Tokyo, and the crowd simulation mechanics. Turn a corner to block your pursuers sight, press control and you are instantly walking the streets in a new skin trying to blend in with the crowd. There are few better moments than shaking your tail, only to return looking completelty different and taking them down swiftly.

My one disappointment so far has come with the small number of biking missions. Carrying out side missions for the buddy who rescued you and introduced you to this assassins life is all well and good…until the bikes appear. I’ve tried controlling them with keyboard/mouse and an Xbox 360 pad, but they can be just so skittish and twitchy, that they soon lose their appeal. It’s one small blemish on an otherwise wonderful game.

The Toyko you explore is absolutely gorgeous, though you have to contend with strongholds dotted around the city which are manned by the different gangs who control these mean streets and form the targets of most of your missions. Some strongholds are tougher than others, and they are positioned to strategically stop you accessing certain parts of the map until you clear them. Some strongholds have been tougher to clear than some of the missions I’ve played, but the reward of wiping those Punks or Suits from their land is one of immense satisfaction.

Plus, knowing that you can explore a new part of the map to find fast travel portals, new money making contract missions, and of course, many secrets. On the map screen of Tokyo 42, you will see numerous question marks. Some are cash bonuses, others are new skins for you to switch into, new weapon colours…and even cat colours. I’ll leave you to find out what your cat can do for you. Just try not to scare it away.

Tokyo 42 is a challenge, but one you can overcome with different approaches, and rich map to explore and learn the ins and outs of. I haven’t played mulitplayer just yet, but the singleplayer campaign is definitely worth investing your time in. Go forth, and enjoy.

Find out more about our scoring policy here. Review copy supplied by publisher.