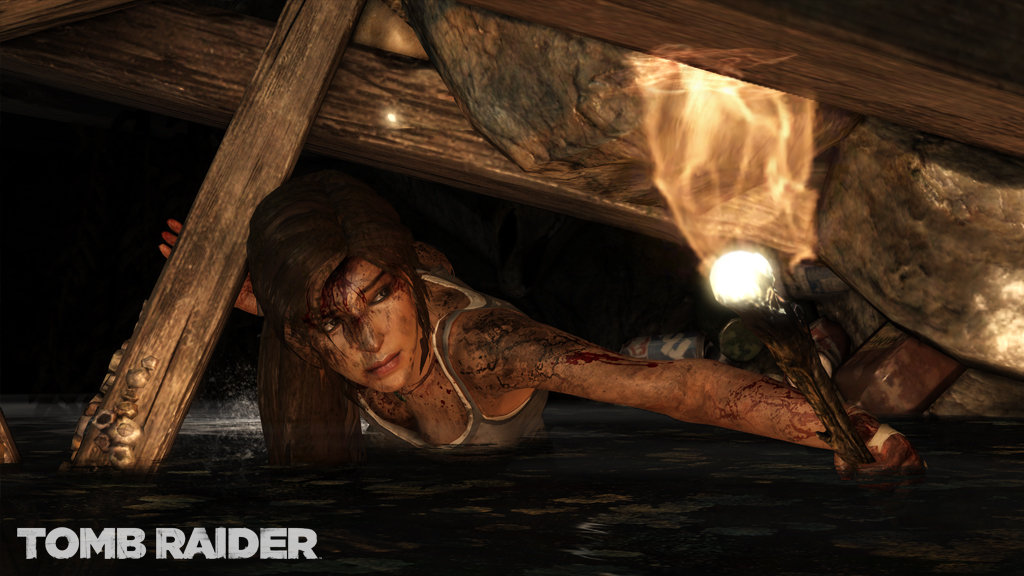 My heart sank a little when it was announced that Square Enix will be delaying Tomb Raider until early 2013. A few more months is not long to wait I know and will most likely be beneficial to the game as a whole. But it’s been such a long time since the last Tomb Raider that I’m starting to have withdrawal symptoms and find myself hanging out windows and swinging from ropes just to get that sense of adventure again… well, maybe not.

If your adventurous side has been lacking somewhat of late then just wait until you check out the new E3 gameplay video for Tomb Raider, I was literally tingling with excitement. Premiered by IGN last night the video shows Lara in a much darker and more painful world than we are used to seeing. The game is meant to explore the gritty origins of Lara and the Tomb Raider story and it’s clear to see from the footage that Lara has lost a lot of her abilities and physical know how. Also fairly unusual to the Tomb Raider series seemed to be the appearance of many NPC’s who want to work along side the conventionally go-it-alone character.

The trailer, which you can view below, certainly seems to have an Uncharted look about it in places. Let’s hope we hear a lot more about this during E3.