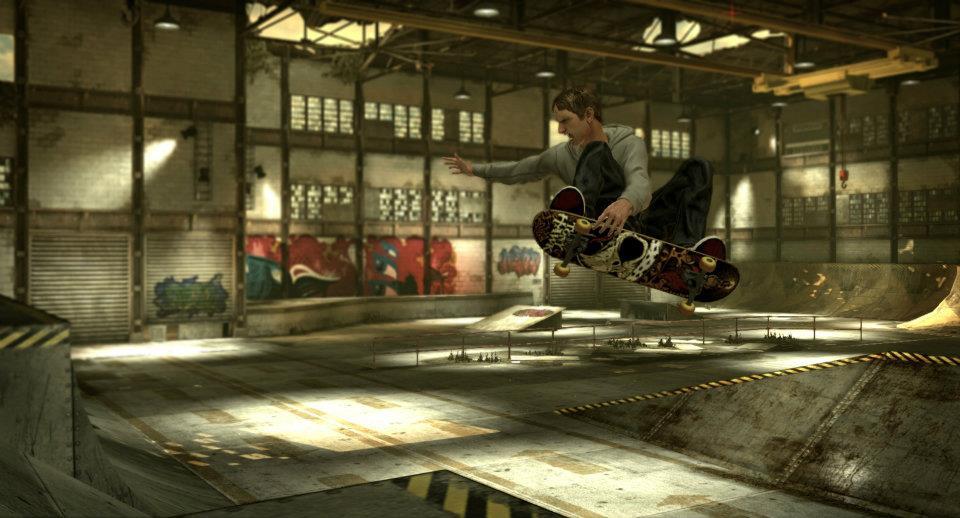 Microsoft’s Summer of Arcade is nearly upon us and it looks like it’s going to be a cracker this year. What better way to kick it off than with one of my favourite ways of procrastinating and injuring myself as a child, skateboarding. Tony Hawks Pro Skater HD (or THPSHD for short) is not just a run of the mill HD port of the original game but instead is a combination of the best bits of Tony Hawks Pro Skater 1 & 2, which were originally released in 2000 on the N64 and Dreamcast among other consoles. THPSHD will be the first title in the series to be available only as a download.

THPSHD was exclusively announced in 2011 during the Spike VGA‘s. A world premier video showing Tony Hawk skating around the Woodland Hills Warehouse level from the original THPS was shown but since then precious few details have been released on what will actually be included in the game. What we do know from various interviews with Tony himself is a few of the playable characters, playable levels and music available in the game and you’ll be glad to hear that along with a host of new characters and songs Robomodo have included plenty of classic names that players of the originals will remember.

Music tracks will be a mixture of old and new. Sporting such classics as Goldfinger’s ‘Superman’ and Bad Religion’s ‘You’ along with new hits like ‘Teenage Blood’ by Apex Manor and ‘Please ask for help’ by Telekinesis.

Classic levels included are The Mall, Phoenix, The Hangar, School, School II, New York, Venice Beach, Downhill, Marseilles and my favourite level from the original game (probably because it was the first and easiest level) Warehouse. Has your favourite level been included and if not which one would you choose?

Robomodo have also stated that following the games release DLC will be issued with content in the form of stages from Tony Hawks Pro Skater 3 including the Airport level. Fresh news from over at Joystiq indicates that the revert ability will also be included in the planned DLC but will only be usable for the THPS3 levels and onwards. Having not played any Tony Hawks game since THPS2 I’m looking forward to this inclusion and the possibility of content from other games in the series.

Due to the limitations of the consoles back when this was first released multiplayer was never given its real shining moment. No mention has been made of anything multiplayer wise this time around but there is great potential for a score attack style or trick attack style game or some kind of target completion game with leaderboards much like in the original single player.

I’m not usually one to go for arcade games on consoles, preferring to buy them much cheaper on PC, but this is one of the few console exclusive arcade games that I find myself desperate to get my hands on. Tony Hawks is a name that’s defined everything to do with skateboarding for over a decade now and with this being the twelfth game in the Tony Hawks series I don’t see any reason for that to let up.

One thought on “Heaven Is A Highly Defined Half Pipe”