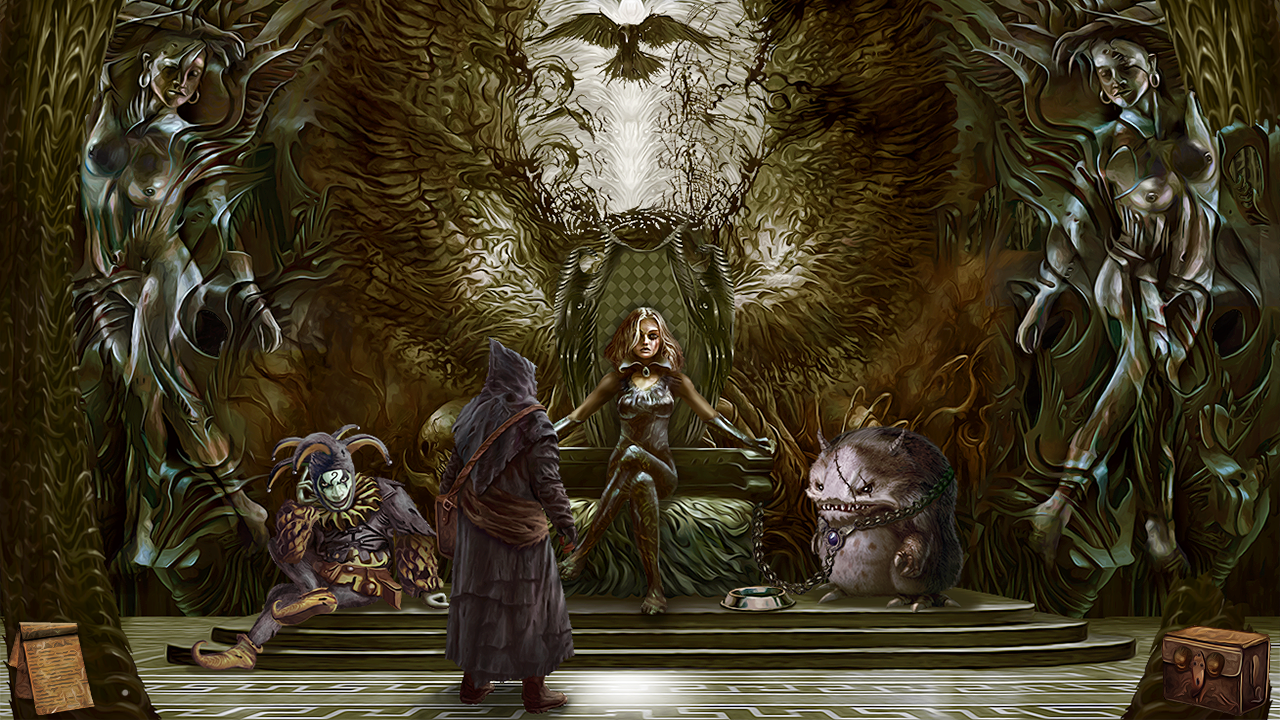 There’s no denying it, the stand out attribute of Tormentum: Dark Sorrow is the brilliantly twisted artwork that fills this dark fantasy world with it’s unusual beings, scarred landscapes and hauntingly attractive design. In fact if it wasn’t for the incredible amounts of artwork, Tormentum would lose a lot of its character, however disturbing that character really is! At first glance Tormentum’s shadowy figure doesn’t seem like the kind that would be well suited to the point and click/adventure genre. But the game mechanics are implemented well and I never found myself scratching my head at an impossible combination of items or an unworkable puzzle as I have done with so many others. In fact I found Tormentum‘s puzzles to be a little on the easy side and I was able to enjoyably fly through the game in little over three hours.

Another thing I wasn’t entirely sure about to begin with was the silent protagonist and the games way of not really telling you much about him and how he came to be. Developers OhNoo studio explain this by means of the good old cliché of memory loss and I feel that there is a missed opportunity here to add lore and detail to the wonderfully designed world. I should point out that by the end of the game this sticking point had more than ironed itself out however and I was enjoying the freedom of imagination surrounding his past life. In fact much of what the character becomes is made through moral choices you encounter on your travels. There are a number of these choices throughout the game that directly effect the story and how you proceed in minor ways. There are also multiple endings in Tormentum that depend on your decision making and mean another playthough of the game is entirely viable if you want to discover all the outcomes for youself. I find it hard to write a full review about a game that only lasts three hours and doesn’t have all that much of a journey in terms of written dialogue and back story. Instead Tormrntum’s strong points come from allowing you to have the imagination of what it would be like in the amazingly drawn world and to create the protagonists characteristics through the choices and decisions you make and it does this very well. It doesn’t focus too much on bogging you down with tough puzzles or forcing you to remember hundreds of plot points, but instead has a brilliant and very polished world filled to the brim with imagination, creativity, strange and interesting characters and a new approach (at least for me) to the point and click genre and that is something that should be applauded. The dialogue that is present in the game is not voiced but is well written and again adds to the feeling of the world and its characters and having played through the game twice already this is a world I would quite happily visit again in the future.