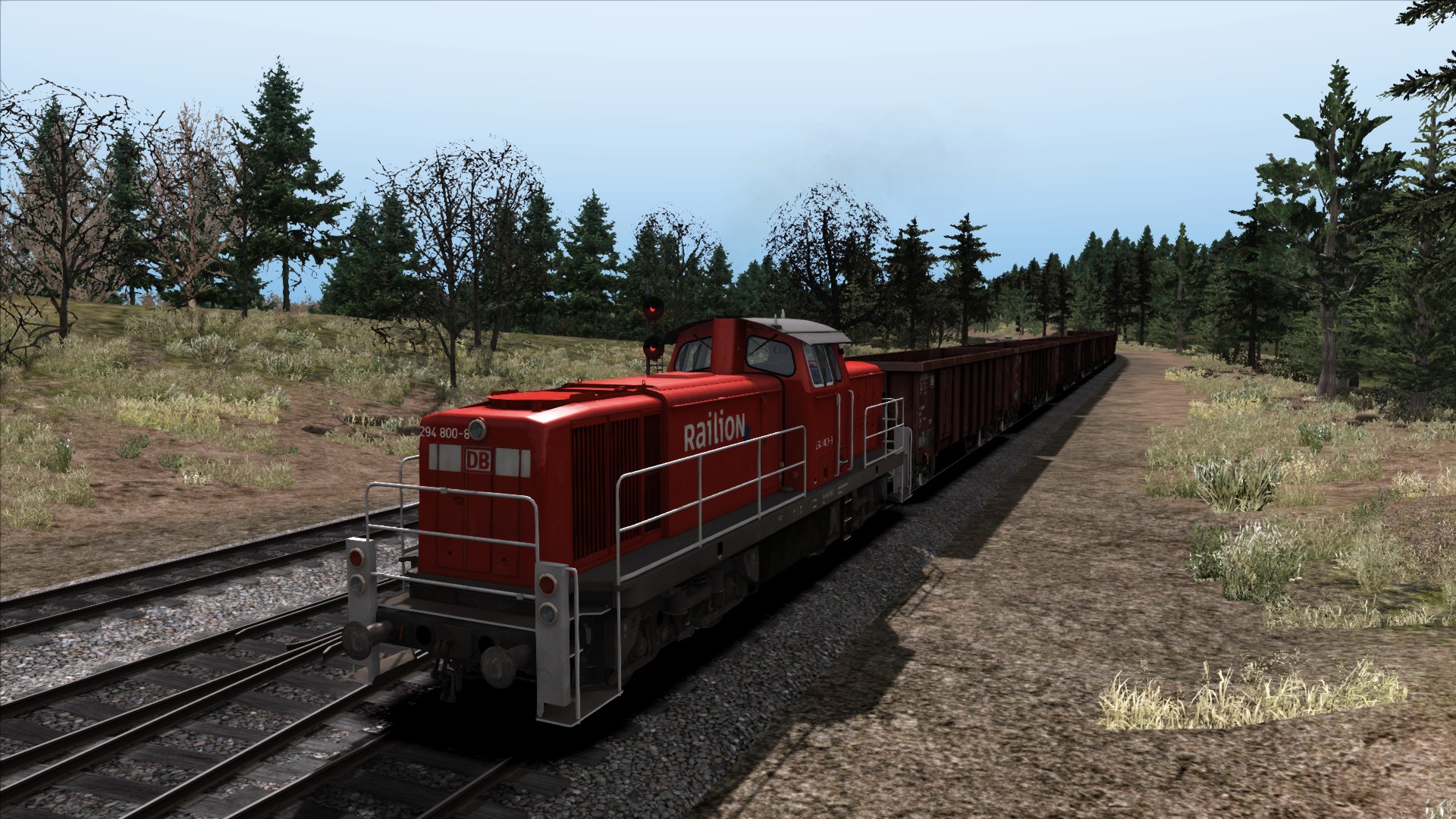 I like my simulation games and the slightly odd ball titles, it is why I’ve played Euro Truck Sim 2 as much as I have and even traded cards on Steam to complete my collection. Train Simulator had eluded me until the 2014 version landed. This is my Verdict.

This is arguably a much purer simulation that Euro Truck, there aren’t any company management elements, there is just the train and the tracks. This took some getting used to, but I started to try the ropes with the tutorials which had been hyped in the marketing for the latest version of the game. Things started well as I got to grips with the basics of taking a German high-speed train on the tracks around Hamburg with helpful pop-ups telling me what to do. After that first bit of training, things started to fall apart a little bit for the newcomer to the series. When I tried a tutorial about operating in a freight yard…I received an error message indicating that the locomotive set for the tutorial wasn’t in my little posse of trains.

That is just a tiny error when you are trying to introduce your game to a broader audience. The other awkward moment regarding the tutorial is that other gentle training missions sit within the Standard missions menu, not the Tutorial. It is a shame as there is a genuinely great sim behind this, but when you make such a push to embrace new fans, this is the kind of thing which will push them away. The Xbox 360 control pad worked fine, but it really does make more sense to use the mouse and hiding the user manual (quite useful actually) within your Steam directory and not available by right clicking on the game name in your Steam library is a bit of a cardinal sin.

As I said though, beyond these factors this is a deep and engrossing sim, sadly not one I will return to as often as Euro Truck, but a worthwhile title nevertheless. The trains are modelled beautifully and the cabs are highly detailed. I found it a must to use the control panel overlay, I would be lost if I had to try and operating the train just using the cab controls. If you want to do that though, you can.

There are a variety of missions included as standard with the rolling stock and routes you have at your disposal, they range from a short 45 minute passenger trip on High Speed 1 into St Pancras in London to a journey through Donner Pass in California which will take you over three hours. Some of the scenery is stunning, though I did notice some quite jarring texture popping when on the high speed routes and nothing will compare to passing a massively long freight train while trundling around Donner.

Despite the attempts to soften the game to newcomers, this is still a daunting game to approach and shouldn’t be taken as lightly as something like Farming Simulator and such titles. It is a true simulator with what appears to be a quite resourceful fan community capable of making some impressive new routes. However, the DLC still concerns me, especially as I couldn’t even do all the tutorials with the vanilla 2014 game. If you are dedicated to simulation games or a big train fan, check this out. This just edges a Headshot rather than an On Target because it doesn’t masquerade as a normal game with objectives, this Verdict is based on it being a simulation game.

Please check this post for more on our scoring system. Review based on Steam code supplied by PR.