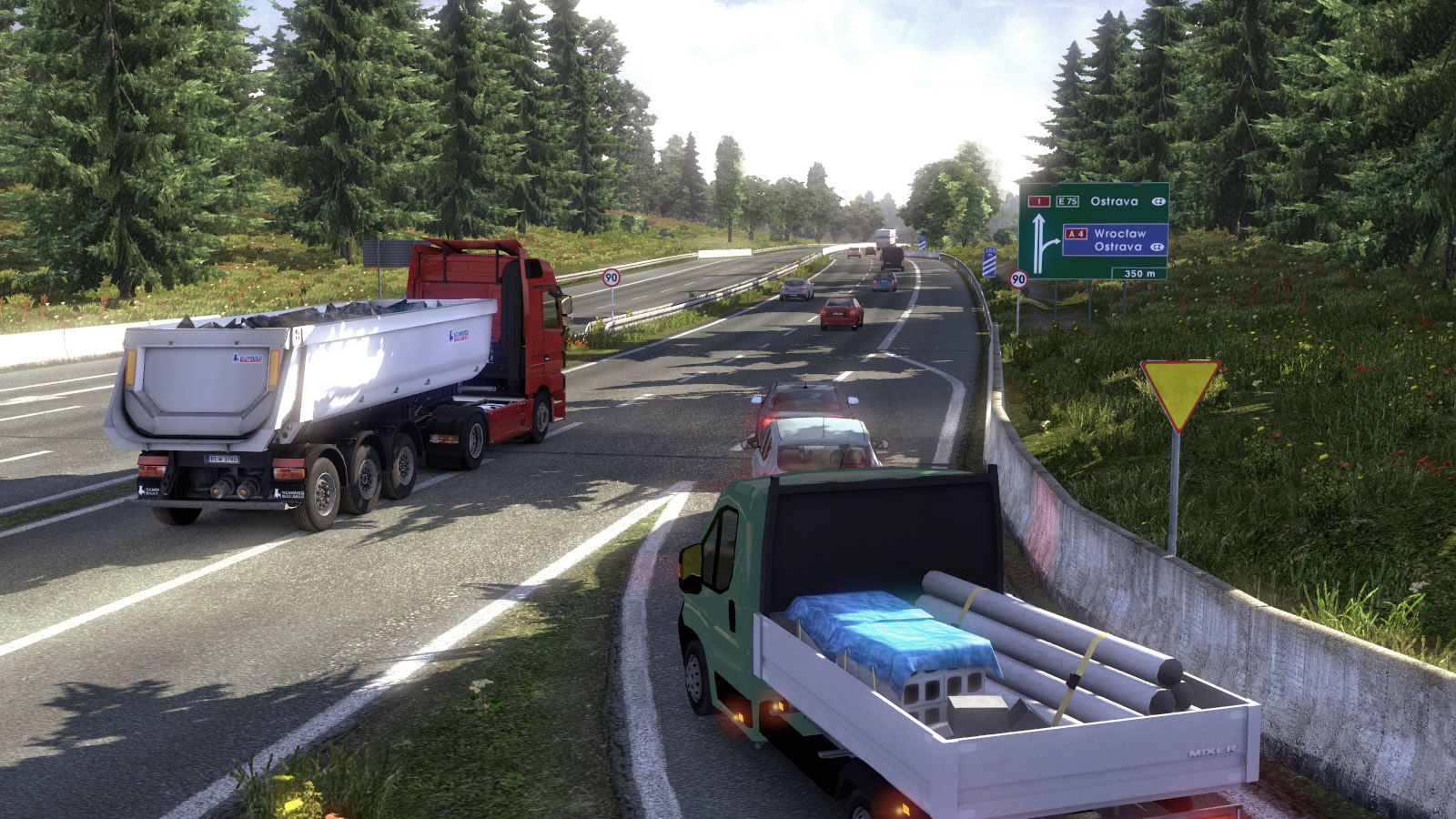 It is an exciting time to be a simulation game fan. Mega-trucking game European Truck Simulator 2 saw its first piece of DLC, Going East! release on Friday while Train Simulator 2014 is coming out on the 26th. They’re both looking very good and there are some lovely videos of them both after the break.

First up is this trailer for Going East! which features 13 new cities across Eastern Europe and nations like Poland and Hungary. There is claimed to be over 20 hours of new roads to drive along and yes, I will soon be digging my teeth into it. Can’t wait to see what the new routes look like.

There is also a Behind the Scenes trailer for Train Simulator 2014 with a host of the developers talking about the new features present in the game. With the enhanced tutorial and improved controller support I am hoping to get to grips with it fairly easily. I admit that it does look more overwhelming that Euro Truck, but I like to think I can live up to the challenge.

Anyone taking the plunge with these games apart from me?