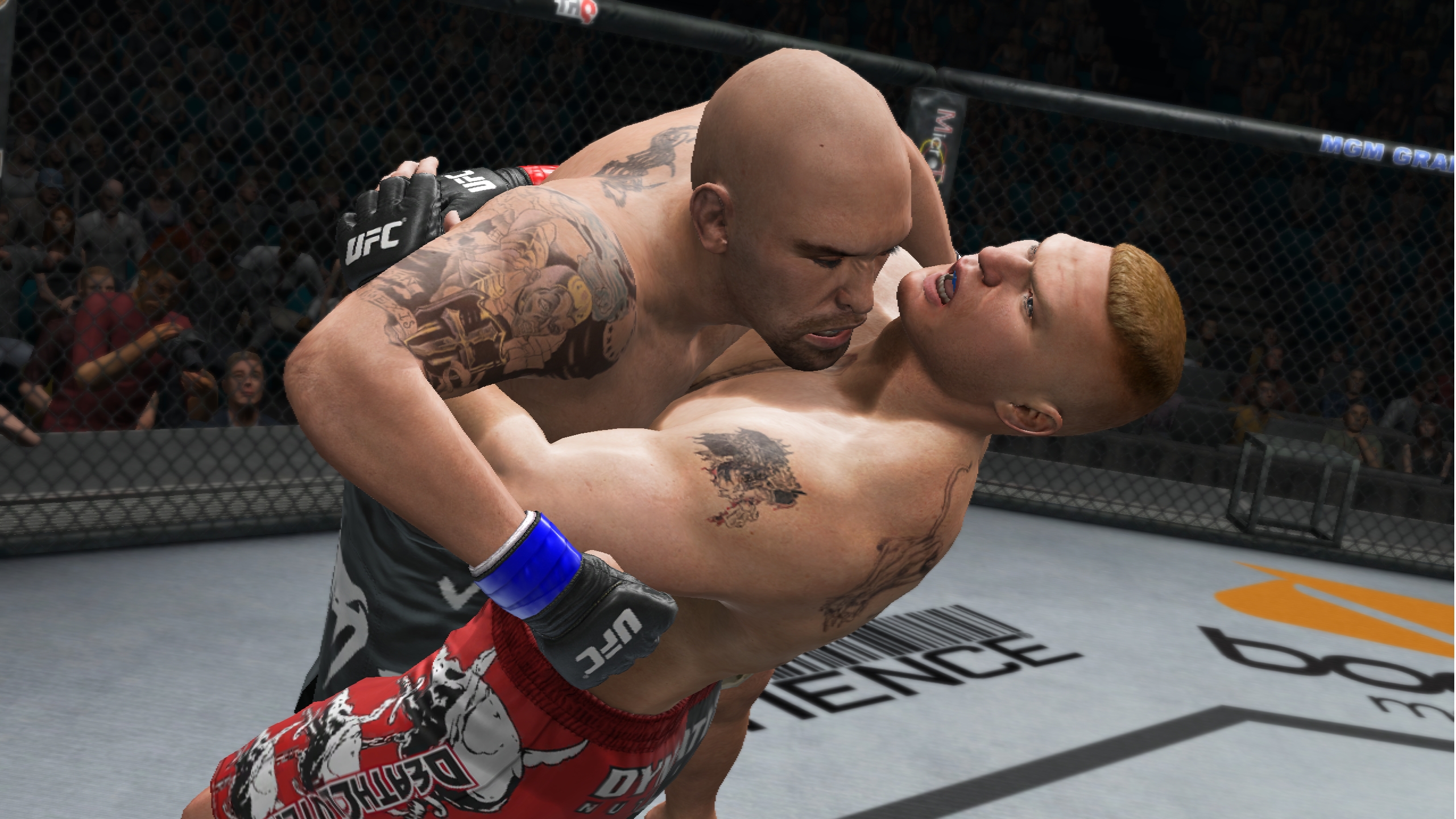 My MMA knowledge is limited to an occasional work out on UFC: Personal Trainer and what I hear my workmates talk about. Despite my limited understanding of this sport, I decided to check out the demo for the upcoming UFC: Undisputed 3, the third title in the series from THQ.

The demo is fairly minimal with single round bouts available in either UFC mode, or the all new PRIDE mode which provides a representation of the now defunct Japanese MMA group. There are two fighters available in each mode, which all in all makes for a fairly limited demo which is a shame considering the full game will have over 150 fighters along with the inclusion of the featherweight and bantamweight divisions.

It is also a bummer not being able to check out any of the career mode which will see you fight in PRIDE, the WFA and train for UFC before being called up to the main roster. Everything surrounding the game sounds great fun, and a little taste of some of the depth in this demo would have been nice. At the end of the day though, Undisputed 3 will live and die by how it comes across in the Octagon, or in the ring for PRIDE fights. The action in the demo is a promising sign of things to come, I took to using the beginner control scheme which provides a simplified method of performing transitions. A quick flick up or down on the right analogue stick on the PS3 control puts you into a major or minor transition. The advanced method requires more stylistic moves on the stick to perform the transition you require.

Even at 720p the in-ring action looks brutal and fierce, I was pleasantly surprised with how good the game looked when throwing different kicks and punches. You also realise that this is a more mature game than THQ stablemate WWE 12 when you see the blood start to fly, and some of the ground and pound moves look deadly.

The demo is definitely short and sweet, but it provides a welcome glimpse of the game with release just a few weeks away. If you want real fighting action, it looks like Undisputed 3 may give you what you want.