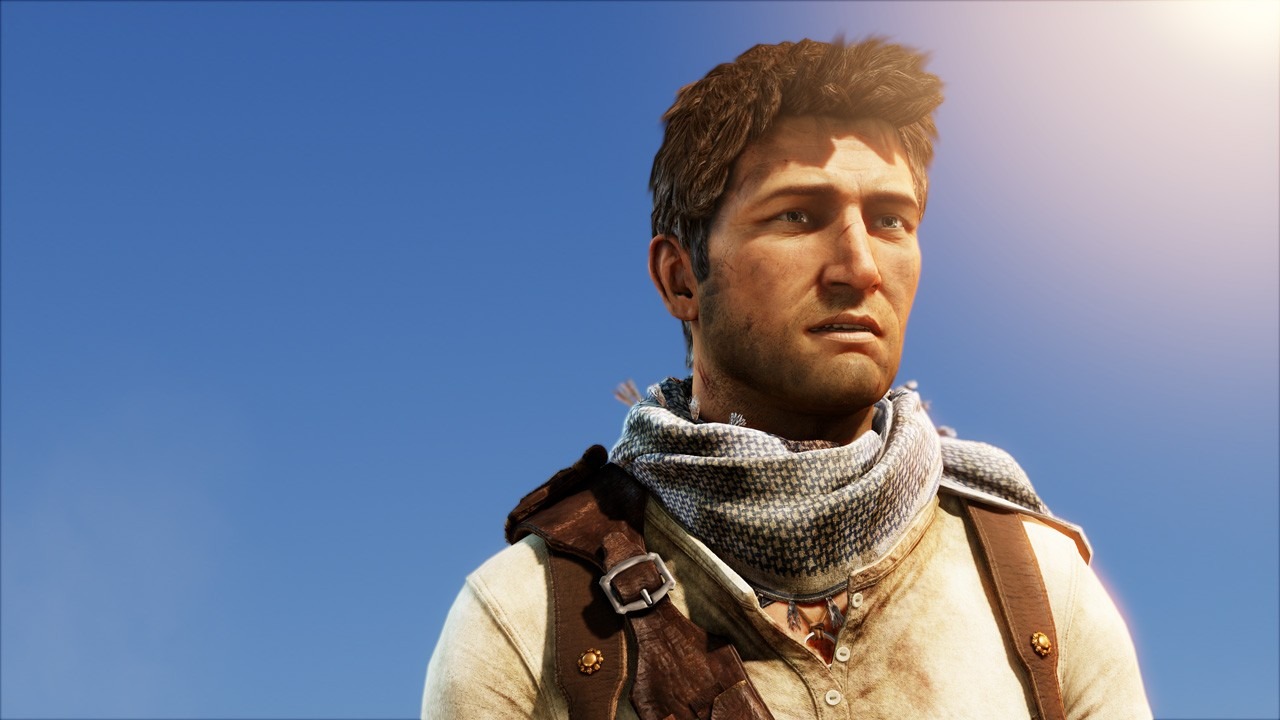 In fact, fully conscious of Uncharted 3‘s imminent releasitude, I’ve been using my newly acquired powers of PS3 (thank you, price cut) to play the first two instalments, which you may be aware, are quite good. This is forcing me to experience all the anticipation everyone else has felt for the last year or so within a massively compressed space of time. You can however emulate this effect by watching the game’s launch trailer which, displays the enthralling bombastic silliness of the series in two and half minutes of neatly composed video goodness.

So far, so non-interactive. However, the five minute ‘Desert Village’ gameplay video shows how close Naughty Dog are getting to turning Uncharted into interactive cinema. If there’s one thing to take away from it gameplay wise, it’s that you’ll be looking for any excuse to break into fisticuffs.

And no Uncharted 3 promo round up would be complete without Harrison Ford channelling Bill Murray.