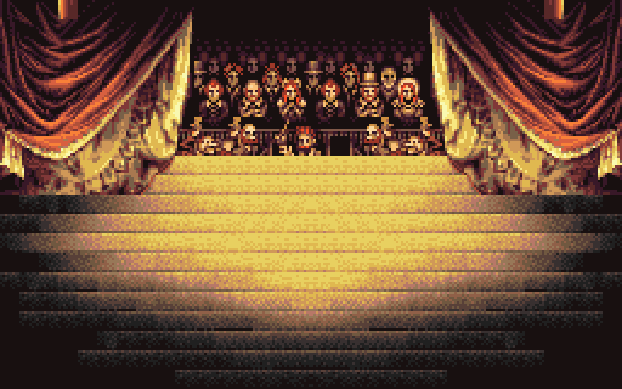 Voting has opened on Classic FM’s 2014 Hall of Fame – a fact that would seem an odd topic to announce on a gaming website, were it not for the fact that games have been voted in for two years on the trot. Oh, and considering that Jordan wrote exactly the same post last year.

In what is now apparently an annual event, we’ve been contacted by that PR man who spams games journalists about classical music to encourage our readers to go and vote over at Classic FM’s site. While generally encouraging voting for your favourites, Mark Robins does point out that strong votes for Final Fantasy are likely to make the biggest impression. We have a long list of alternatives for you below, however.

Last year, the Get Video Games Music into the Classic FM Hall of Fame campaign managed to vote three entries on the list – including The Elder Scrolls Series at #5 and Nobuo Uematsu’s contributions to the Final Fantasy soundtrack at #3 – nevertheless, neither series was featured on the resulting Hall of Fame album, presumably because unlike most conventional classical picks, the work isn’t in the public domain.

To their credit, Classic FM have at least made an effort to create more content for this new section of the audience. They’d be fools not to, really. You could cynically view the campaign as another cry for legitimacy from a medium that’s perpetually seeking validation from its well-established peers. Or you could see an enthusiastic and under-served group that will probably want more of what you’re selling if you’re willing to listen to what they have to say.

The following is a list of composers I’ve teased out of the Classic FM database – which is bound to riddled with errors, inconsistencies and omissions, but should inspire those thinking of voting:

Of course, you could always vote for a piece of music that wasn’t originally composed for a game if you’re the cultured type. You won’t even have to admit that the first time you heard Agnus Dei was in the mothership launch sequence in Homeworld. Or Moonlight Sonata in Earthworm Jim 2. Or part of the Nutcracker suite in Bioshock (or in this:)

Have your own favourites? Have I missed a composer? There’s a comment box for that sort of thing.

* Remember: at no point in this article did I encourage you to vote for a Final Fantasy Tactics track called ‘Bloody Excrement’ in an attempt to pull some kind of Killing in the Name-style coup.