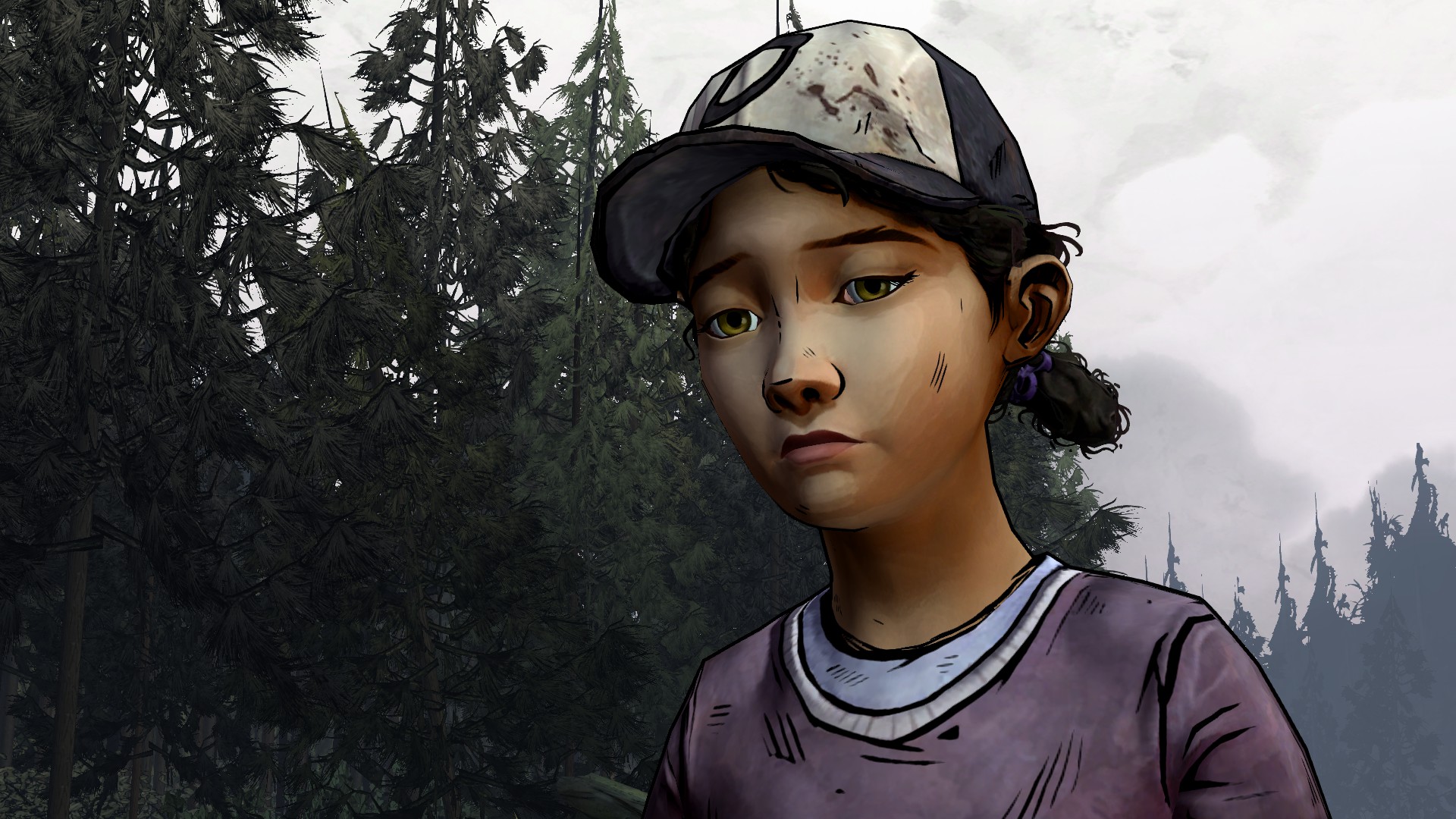 By virtue of the number two following the number one, the following review of season two of Telltale’s The Walking Dead will feature spoilers for the first season. As with any other review, spoilers for this first episode have been kept to a minimum – major narrative points will not be discussed, though minor details about the tone, setting and gameplay of this instalment will be dealt with. You have been warned.

The early days of a zombie apocalypse have traditionally been the most immediately appealing, and one would assume that they’re the easiest to write. How will your characters discover the outbreak? Who among their friends and families will be revealed to be dead, alive? Undead? Who were your characters before the outbreak, and how will that affect who they are after it? The scenario tends to offer diminishing returns in the long term, but The Walking Dead comic book series has had remarkable longevity, probably because it’s so rarely about the zombies themselves.

Telltale’s The Walking Dead: Season Two undoubtedly benefits from the staying power of that license, but that doesn’t mean that it’s immune to the long-term problems of the setting. Our protagonist, Clementine, is a character for whom we can answer all the standard apocalypse questions above – most importantly, we know her parents are (un)dead and that former protagonist and father figure Lee, met a similar fate at the end of season one. Nevertheless, All That Remains leaves little room for doubting that Clementine is a brave and interesting choice of lead to continue the story.

Nevermind that playing as a young girl in any video game is a rarity: given the zombie apocalypse and apparently escalating human conflict of the setting, Telltale are taking a big risk. Gaming audiences are usually a lot more comfortable with protecting little girls than they are playing as them – and any general audience may well find controlling an 11 year old in a world of bloody character deaths, fatal failure states and dangerous adults potentially distasteful.

Going into this first episode, you’ll lower your guard because of this. Surely you’ll be spared the worst of the world because of who you are? Don’t count on it: the episode is more or less a compilation of all the worst crap that happened to you in the first season. Thankfully, it isn’t spiteful about it – The story is well paced, ensuring some downtime to reflect on the lowest lows. Additionally, the way each occurrence unravels the new setting, or causes coincidences that motivate later happenings, ensures you’ll be gripped until the conclusion.

Clementine may be a character with a resolved past, but All That Remains keeps us interested about her present and future. Crucially, Telltale makes sure choices aren’t about ‘what’s best for Clementine’ – this could have been retreading ground from season one which could have kept the player at distance from the character. You play as Clementine, rather than protecting her, and you’re given a decent palette of attitudes to utilise – you can be scared, fearless, diplomatic, even occasionally outright manipulative or just a plain badass.

The Walking Dead has its detractors, and not without justification. There’s a certain neatness to the series so far wherein, say, any character who could live or die through your actions will die eventually for simple budgetary reasons. Even in this first episode, it’s difficult to see how the larger choices you make will result in drastically different outcomes – certainly, there’s no significant material difference in the choices made within the episode. The game is more about examining why you make (on the spot) decisions rather than the consequences of those decisions, and if that was something that adversely and significantly affected you opinion of the game last time, you won’t find anything to change your mind this time.

Traditional adventure game elements remain minimal. Action sequences are essentially quick time events. There’s a stealth section that doesn’t really have any stealth game mechanics in it. But knowing all this doesn’t stop you from fully investigating the environment, trying your best to avoid death, or wishing that those floorboards would creak a whole lot less.

Personally it works for me. In some loose sense, I view The Walking Dead as an acting simulator – it’s the same as playing a character on stage in the moments between their scripted dialogue, wherein you absorb everything you know about the character and use that to fill in the details, fully realising your interpretation of the character. Maybe it’s not the purest way to go about making an interactive game, but that doesn’t preclude it being an interesting experience.

Though this first episode doesn’t leave a lot of room for developing its many new characters, there are already clear indications of where the conflicts will be going forward – you aren’t exactly welcomed with open arms by the new group (a PSA to heartless adults: you better believe that my Clementine ‘will remember this’). Telltale will have to work hard to keep Clementine realistic, however – while the contrasts between her maturity and that of the sometimes petty group of entirely older characters she has met is an exciting prospect, the point could get over-laboured.

Best of all, and despite the usual quality arc of most zombie-based works that I mentioned in my opening, this is easily a better first episode than the first season kicked off with. It’s just a great statement of intent – the tone is going to be darker, and those all-important decisions aren’t going to be any easier to make. While there are no guarantees that a single great episode will result in a great season (or that this season won’t hit some of the technical roadblocks that the first encountered), All That Remains is as good as a beginning as you could have hoped for.

2 thoughts on “The Walking Dead: Season Two, Episode One – The Verdict”