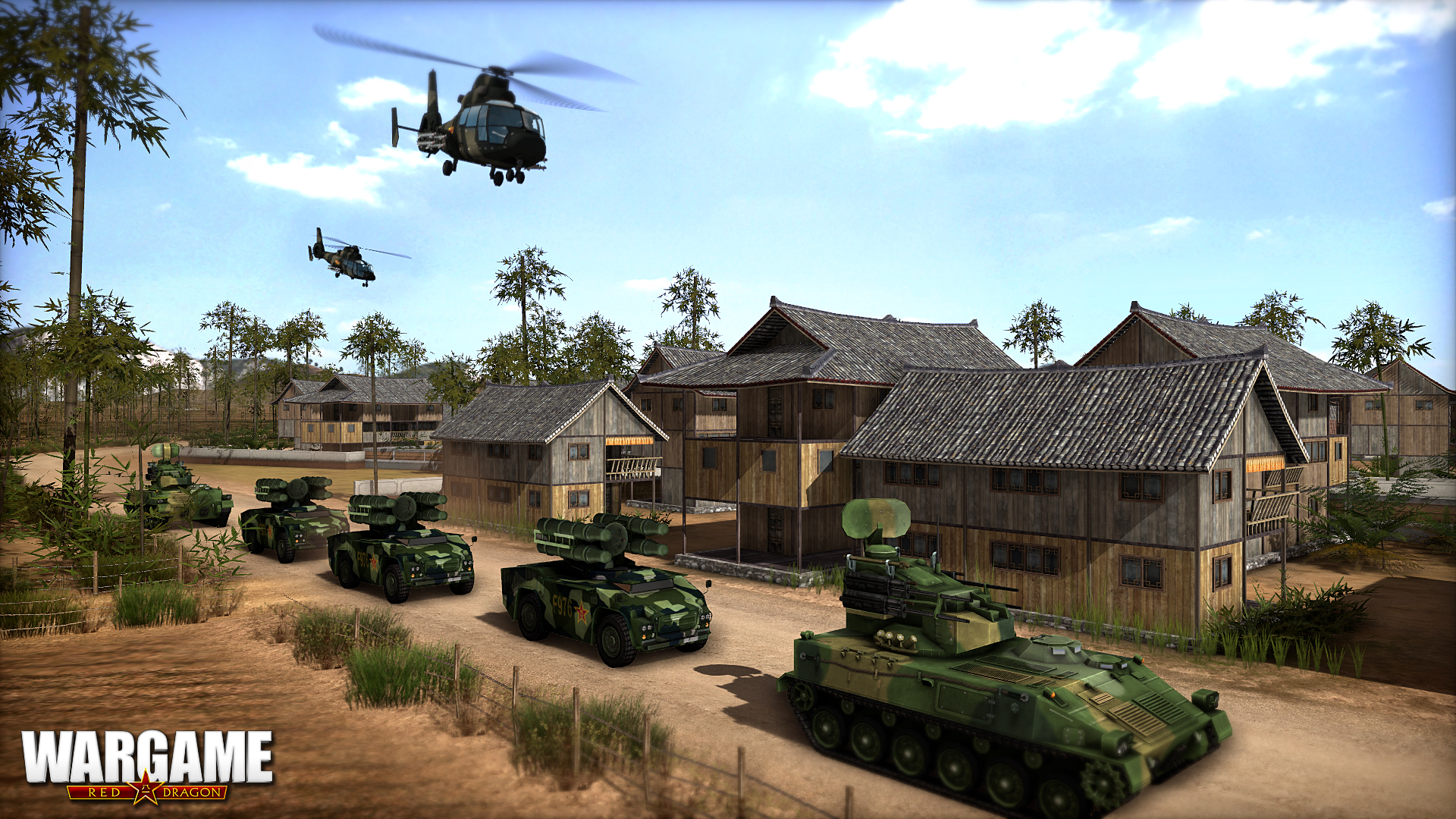 I hate it when I eagerly anticipate a game, get a review copy and find out that I am entirely unable to productively play the game as I fail to grasp the concepts behind it. Sad to say, this has happened with Wargame: Red Dragon an RTS which I had so looked forward to upon checking out the trailers. I won’t deliver anything like a traditional review here, rather I will cover four aspects of the game that I have found thought provoking. Read on…

In an RTS like Command and Conquer or Starcraft, I personally have no need for a tutorial, while in a series such as Total War, the RTS tutorial is a nice way to brush up on my technique. The trouble in this instance is that Wargame doesn’t follow a setup that I am used to in an RTS, and for that I need a decent tutorial to make sense of things. Sadly, the tutorial here isn’t friendly for newcomers. Possibly owing to the long-running nature of the Wargame series the developers felt it wasn’t necessary to craft one that explained the way the game plays in much detail.

It is made up of short slides selected through a menu, it feels like it is aiming for a militaristic styled presentation rather than a full-blooded tutorial. It would have been infinitely better to have a narrated, hands-on run through the principles of creating a deck of units, playing a skirmish match and an overview of the campaign screen. As I said, for long-running players it won’t be water of a ducks back, but as a newcomer, I was left feeling cold.

The real-time battles are where I have really fallen apart. Each map is split into command sectors, to win the majority of the battles you are required to take control of these sectors and rack up victory points. Before you get into the fight though, you have to select the units you want in the fight from a menu on the top left of the screen. Units are broken up into categories such as Infantry, Tank and Helicopter. When you place a unit in your starting area, points are deducted from your reinforcement pool. In my first match against the AI, I loaded up my force with a variety of foot, mechanised and air units and set them to capture the control points. During the match various warnings went off, but the red text overlayed on the browns and greens of a field of war didn’t stand out to me, being colourblind in this game can be quite troublesome at points.

I later realised the warnings were there to inform me that the enemy had been busy capturing other control points, and very rapidly the game came to an end and I was informed I had suffered a dramatic defeat. I didn’t comprehend how I had come out of the match without any points as I had killed more of the enemy and seemingly controlled my command posts. I soon learned via digging around in an inconsequential part of the tutorial that only certain unit types can take control of the command points. A damning failure in my eyes of a game explaining to a newcomer how to play.

Even when it came to combat I was at a loss, I sent units to various points and waited for something to happen when suddenly an attack helicopter or jet would rain seven hells on my squads and blow them to smithereens. I would look back and find that other units were stuck in the mud or a tank had lost a tread and the crew were busy repairing it. It is a fascinating level of detail, but was proof that the trailers for the game were somewhat misleading to a series outsider. I appreciate the details like this present in the game and I grew to understand that recon units were required to ensure the way ahead was scouted out and that units followed roads rather than muddy fields when moving around the map. I shouldn’t have had to go through several crushing defeats to understand some of the nuances of the battles, they should have been more user friendly from the off.

I might have had similar misfortune with the campaign as I did with the real-time battles, but that is rather more to do with my strategic failings rather than the game. Each campaign is set on historic events that might have led to the scenarios that you play out in Asia. They range from a North Korean invasion of the South to conflict between China and Britain over Hong Kong and the scenarios play out very well with some highly intuitive AI combined with advisers keeping you appraised of the status of the conflict. The campaigns are turn-based and could be compared to a more bloody game of Risk, you set your units orders to move to different provinces with their direction of movement based on physical links between areas and positioning of enemy units.

Each turn sees a number of reinforcement points added to your total, if you have enough points you can call in reinforcements from a limited pool. It is important not to waste your reinforcements in the wrong position, the enemy can readily outmanoeuvre you if you aren’t careful and the reinforcements can prove very useful if used properly. That isn’t something I managed to do, on the Korean scenario my US allies arrived off the coast of enemy held Seoul and rather than ensure the troops were at their strongest…I threw them into battle without calling in extra troops. After a few auto-resolved battles in Seoul and on the south coast at Busan, I was staring defeat in the face.

I might not have much success with the campaign, but at least here I can see how the game is meant to be played. Commanding large battalions made up of infantry, tanks and aircraft down to a single group of mobile artillery around Asia is a thoroughly enjoyable experience.

If you want to indulge your desire to see nitty gritty details about various military units from NATO countries to the in-game enemy, you can have a field day in the deck creator. This is where you can create custom decks of units to take into skirmish battles by admiring the multitudinous number of tanks and infantry combinations at your disposal. Each unit has detailed statistics on how stealthy they are to how much firepower they pack. All brilliantly detailed stuff, but personally, absolutely useless as the core game is beyond me.

In all honesty, I probably shouldn’t have hassled the PR for a review key on this game, but I was caught up by all the exciting media for the game. It just goes to show that not everything is quite what you expect. If I was a professional journalist, I would certainly stick with this until I reached either my breaking point or figured out how to play the game. Sadly though, as I have other priorities, this is taking a back seat. I might have a chance to return and learn the ropes when I have some free time, as it is, my conclusions follow.

I know there is likely a very strong game here, but for an outsider coming in, it really doesn’t do enough to introduce you to the mechanics of the battles. If you are someone who has played the series before, you know the basics of what you are getting, and the new campaigns, units and the introduction of naval warfare should be more than enough to whet your appetite if you haven’t already picked this up.

On the other hand, if you aren’t convinced by reviews from professionals or the players themselves through the Steam reviews, I would suggest checking out one of the earlier games in the series, Wargame: European Escalation is only £7.99 on Steam and might prove a more suitable entry to the game.