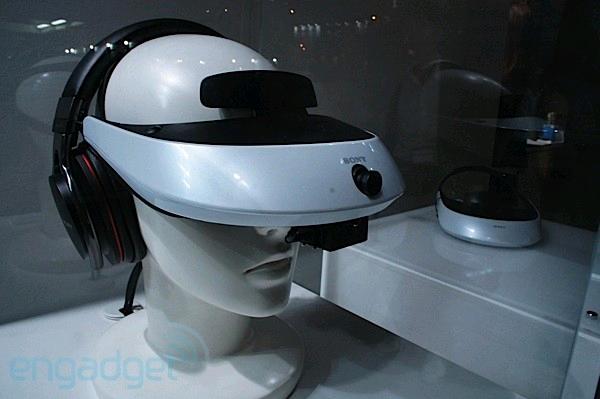 ‘Next-Gen’ is a term that’s being thrown around quite loosely at the moment. We already know details about the Wii U, but what about Sony and Microsoft, third-party accessories and PC’s that seem to advance in spec every day. Everything from next-gen consoles, to next-gen graphics and next-gen gaming accessories are hot topics of discussion and speculation right now. But forget hype, advertisement and what developers are saying. What does next-gen really mean to the gamers of this generation? What advancements and improvements would they like to see in the next instalment of consoles and PC’s to hit the market? These are the very questions I asked myself, my friends and the writers and followers of The Reticule. In the following paragraphs you will find all the opinions of this generation of gamers and their hopes and dreams of what the ‘next-gen’ will hold.

PC’s Mostly Always Have It Better – Bring Modding To Consoles

As a mostly console gamer I look to my PC gaming friends and sometimes I wonder why I do it to myself. There are a number of things that I just wish I had access to that aren’t available on consoles. Being able to upgrade parts of my gaming platform almost at will, cheaper games, better graphics, more precise controls and a more open platform are just some of the benefits. For me the biggest one has to be the ability to mod games. One of my favourite games of the past while has been Skyrim. I’ve gladly sunk over a hundred hours into this game and while I have access to added content via paid DLC, it’s not anywhere near the scale of content available to PC gamers. One look on the Steam Workshop shows there are thousands of free user made mods such as ThirteenOranges brilliant series of quest lines and in-game items. This trend of user-created content is very popular and is certainly not limited to Skyrim or indeed to Steam.

Below is an example of just some of the content that console gamers are missing out on.

What I would love to see in the next generation of gaming is a way to bring that creativity and freedom to consoles. With the current generation of consoles increasingly heading in the direction of being multimedia focused, surely it would be possible to set up an application that could securely download mods over the internet. People would of course encounter restrictions such as download limits and the fact that the mods would probably need to be developed on a PC first anyway. It seems as if it would be easy enough to implement but whether Microsoft and Sony would be willing to allow access to an area where they could potentially stop making as much profit is a totally different question. I believe in times to come that PC gamers will be making even further leaps ahead of their console brethren and that sooner or later something will have to be done to allow consoles to continue, at least in their current form. Quite frankly Sony and Microsoft would be mod not to allow it to happen…

Martin and Stephen over on Facebook both agree that virtual reality headsets are the way forward for the next generation. While in its relative infancy in terms of the video gaming industry, virtual reality is not a new concept and has been dreamed about in films and books for many years. Back in 1994 the Forte VFX-1 virtual headset was released on the market for £400. Sadly it seemed to be before its time and never reached its full potential, lacking the availability of reasonably priced hardware able to run the headset. Flash forward to 2012 and VR gaming is back with a bang. The most popular example of this is the Kickstarter funded Oculus Rift developed entirely for use with video games and due for release next year. The Oculus Rift promises “to raise gaming to the next level” and offers 110° vision for total immersion in your gameplay. Developers from companies like Epic Games and Valve have been so impressed when testing the Oculus Rift that they instantly backed its development.

While the Oculus Rift may be the most popular example of things to come, it’s not the only VR headset in development. Sony have been developing their own headset for use with films and gaming. While this headset offers a 3D virtual experience it also replicates 5.1 surround sound using headphones built onto the headset. When released, Sony’s headset will be compatible with current Blue-Ray players and can even hook up for use with the PS3.

However, the most interesting headset I’ve laid eyes on so far has to be Sensics ‘Smart Goggles’. This VR headset allows for 360° head tracking and all in full 3D. So when using this headset the illusion of looking at a large screen in front of your eyes would be completely erased. It’s also powered by Android allowing for full compatibility with not just consoles and PC’s, but smart phones and tablets too. The headset will also have use as a standalone, using augmented reality to change the world around you.

Valve, possibly as a direct result of their financial backing of the Oculus Rift, have also shown possible interest in developing their own VR headset. It was revealed in April that they had been conducting in-house R&D for “wearable computers”, but whether that means something other than a VR headset is anyone’s guess. With all the competition for Virtual Reality headsets it seems as if they are bound to feature heavily at some point in the lifetime of the next generation of gaming. My concern is that most gamers (yeah, I asked a few) including myself, don’t seem to be bothered about the current 3D technology available to them. Is VR just an advanced 3D, or is it the immersive push that’s really needed?

Below is a video of three members of the Totally Rad Show (aka, the annoying intro show) getting some hands on time with Sony’s 3D VR headset.

While I was happy to receive a ton of feedback from everyone on their thoughts about next-gen, to be able to include every idea would turn this article into somewhat of a book. This section is a run down of some great ideas submitted from social media and the minds of our very own writers.

Our very own Jordan Harling, who happens to be writing his dissertation on a similar subject later this year, had a lot of input. Ranging from next-gen consoles to where real gaming innovation will come from, here’s what he had to say.

“AAA games will continue being derivative on all consoles and on the PC, few advances will be made but it’ll just be bigger, prettier and boomier. We’ll get one or two games that break the norm however, the major innovations will again come through the indie industry, which hopefully will be nurtured by major publishers. Something like the 20th Century Fox/Fox Searchlight thing would be grand, where the indie companies will be funded but retain creative control of the product. Until a major overhaul of publishing rights happens that won’t be a possibility though.

I believe that tablet and mobile games will slowly become more prominent but will mature into their own segment of the industry, ones that don’t try to compete with consoles and PC gaming. They’ll perfect the art of bite-size gaming and some reputable companies will start producing genuinely high-quality games exclusive to mobiles and tablets. Rayman: Jungle Run looks like an early example of this.”

Another of our great minds Nick Wheeler says, “With a continual improvement in broadband speeds, I’d love for consoles to mature into machines capable of running the two hundred plus player games I’m used to on the PC. Games like Battlefield 3 seem absurdly constrained on Xbox when compared to their PC counterparts. In short, I just want everyone to experience gaming at its finest, whether that be on PC or console. If that means transforming the console under your TV into just another PC, then so be it.”

Over on Tumblr, Doablog thinks that next-gen will be all about PC power advancing way above that of any console. With vastly upgraded graphics cards and CPU’s PC’s will again be the more impressive machine to play games on.

2 thoughts on “What Does ‘Next-Gen’ Gaming Mean To You?”