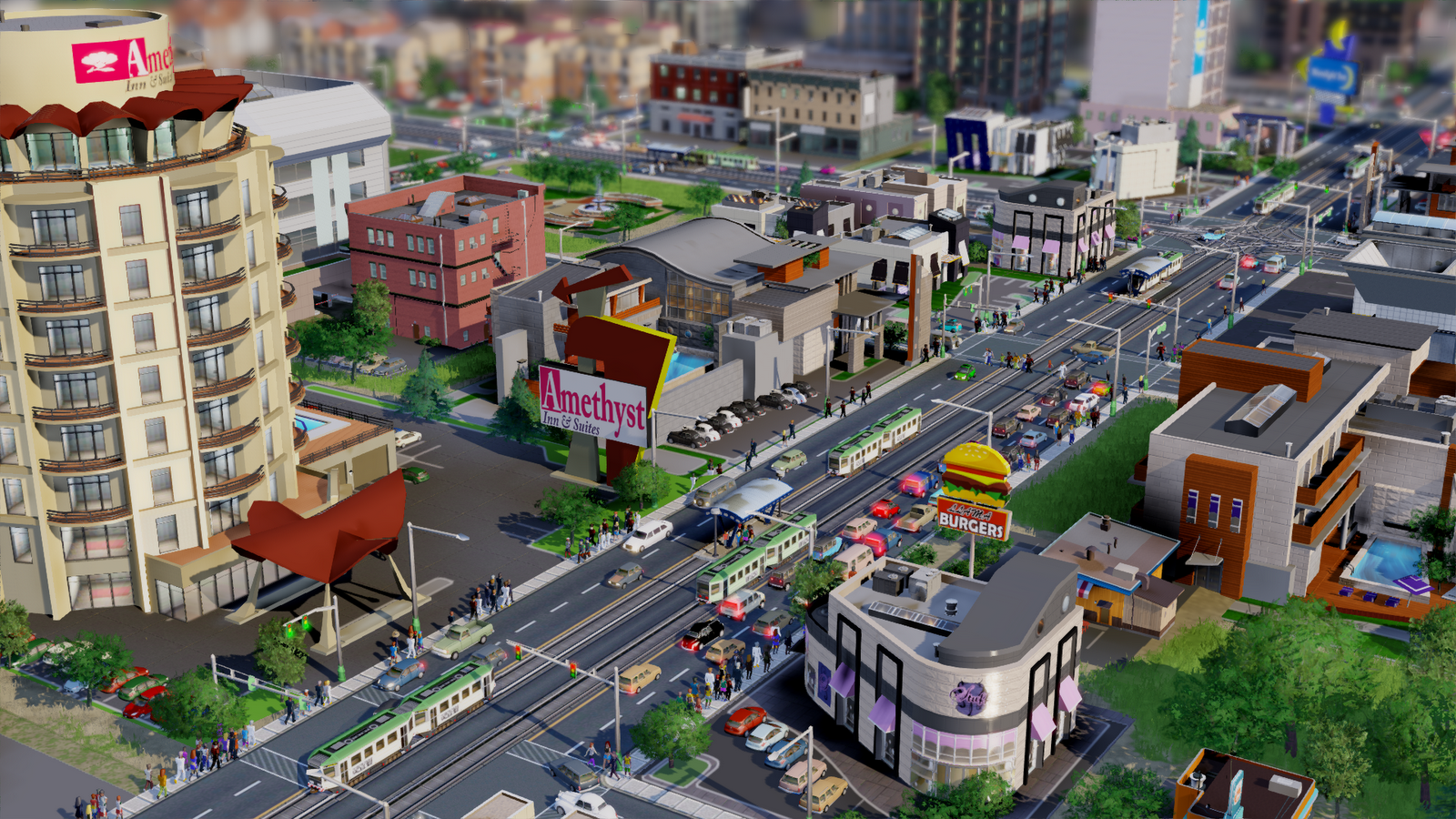 Maxis has always been one of my favourite developers. The Sims, Sim Ant, Sim Farm – All incredibly innovative games, (aside perhaps for their titles,) and each one of them holding a special place in my cruel, twisted heart. However, the announcement that the new Sim City would require an always-on internet connection resulted in me raising my arms and screaming ‘UBISOFT!’

Of course, I then remembered it was actually being published by EA, but my reaction still stands.

EA apparently live in a wonderful world where internet connections never falter. A place where ISPs provide a continual, uninterrupted high-speed broadband service to all their customers. A world straight from Tron, where programmes and users live in harmony amidst the free-flow of information.

EA may live in this world, but I certainly don’t.

I live in the real world, a world where my internet connection is inversely proportionate to the amount of rain falling outside my window. When it’s raining, I tend to stay inside and play games. When it’s raining, however, my internet connection becomes increasingly unreliable, and I can’t play games. It’s a Catch 22 situation Joseph Heller himself would be proud of.

The reasoning behind the always-on connection was explained by Lucy Bradshaw in a statement on simcity.com.

“GlassBox is the engine that drives the entire game—the buildings, the economics, trading, and also the overall simulation that can track data for up to 100,000 individual Sims inside each city. There is a massive amount of computing that goes into all of this, and GlassBox works by attributing portions of the computing to EA servers (the cloud) and some on the player’s local computer.”

I don’t claim to understand the technical aspects of GlassBox to even begin to comment on this, but speaking as a player, the result remains the same. EA and Maxis are asking me to pay full price for a game that I’ll only be able to play for an indeterminate time until they decide to pull the plug. Not only that, but they’re asking £45 for the standard edition.

This week, EA announced their latest server culling, with the deactivation of services for The Sims II, Madden and NHL, to name but a few. Some of these games are long in the tooth, but a number of them are less than two years old. My hard drive is filled with old games, some of them now almost twenty years old. My love for retro-gaming means that I will go back to them time and time again, ignoring the dated graphics and enjoying them for the fantastic experiences they are.

Will I be playing the new Sim City in ten years time? Given EA’s track record with their servers, chances are I won’t be playing it in two years time. As player populations slowly dwindle and EA’s eyes shift towards their next big release, how long will it take before the EA accountants start sniffing around the Sim City servers and asking if they could be put to better use elsewhere?

Games that require an always-online connection have a finite shelf life. They will never become ‘retro’, and we will never dig them out of a drawer to relive our old memories. When they die, they will be gone forever.

But of course, by then EA will have released Sim City XVI, so that’s alright then.

5 thoughts on “Why I Won’t Be Buying Sim City”