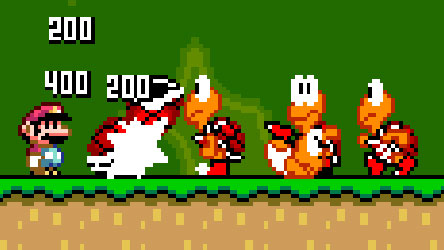 Ever read a game review and think to yourself “Well that was completely wrong.” The majority of gamers will have answered yes to that question. If you didn’t, just go read any of my reviews and come back. It’s not just my own reviews that people may disagree with though. If you go to the comments on any game review you’ll notice that the range of opinions is vast.

Some people may say that all opinions are debated and yes, it’s true that the internet seems to have trained us to argue about absolutely everything nowadays. Film reviews, book reviews, review reviews all get their share of criticism but the sheer intensity and range of opinions on video game reviews set them apart from the rest.

Why is this? I’m sure many people would most likely blame the reviewers. As a reviewer myself I’d have to say that this is all lies and slander. As an impartial observer though I would say there is a morsel of truth to it. The art of video game reviewing is still very much in its infancy. Many reviewers (myself included) are still trying to work out the best way of how to analyse all the intricacies of video games.

It doesn’t help that games, despite what many think, are bloody difficult to review. Much more so than films or books. There is one characteristic that makes games so much more difficult to form a conclusive opinion on. And that is that games, by their very nature, are incomplete. It’s up to the player to provide the final piece. In fact, the player is the final piece. In film everything is acted out meticulously, every camera angle is chosen for a purpose and when you watch a film you see what the makers wanted, you see the same as everyone else who watched that movie (assuming you didn’t fall asleep). People may interpret it in different ways, they may apply their own meanings, but the film remains the same.

This doesn’t hold true for video games. The player may be caught staring at a wall when they should be looking out of the window at an alien invasion. Another player may impatiently skip all the dialogue in a game just to get to the action. Just compare how often you skip cutscenes to how often you fast-forward through dialogue heavy scenes in a movie.

It’s not just camera angles or skipped exposition that can change the balance of a game though. How a player actually plays the game can drastically alter it too. A great example of this happened a while back when I played L.A. Noire. The game to me was a gritty, noir thriller. The main character, Cole Phelps, obeyed the letter of the law, he responded to every call to action and always got the job done. Although he was a pretty poor driver who accidentally nudged other cars at traffic lights, he never intentionally broke a red light or ran someone down. That was my Cole. A few days later I had the misfortune of seeing my friends’ Cole. A reckless, irresponsible man who smashed into every car until his broke down. He then stole (or commandeered as he was a police officer) another car and repeated. No missions were completed. Complaints were made though that the city was empty, that there was nothing to do.

Both my friend and I had played the same game but had wildly different experiences. When we watched The Godfather together we both interpreted the film differently but we had seen the same film. This disparity is why the debate in about the quality of certain video games is so much more intense than it is with films and other mediums, we argue because we’re not playing the same game.

Even games with a much tighter structure can suffer from this effect. Bioshock is one of the most critically acclaimed games of the past few years. Its setting, the underwater city of Rapture, is widely regarded as one of the most atmospheric settings in gaming and its story has been discussed more than any. Despite all this though Bioshock was hotly contested in public forums.

There are many reasons for this and it’d be foolish to discount factors that are consistent across all arguments such as contrarians, differing opinions and people who just like to argue for the hell of it. There are two interesting reasons particular to Bioshock though, both of which relate to the story and how it was handled. Firstly, the content of the story. Bioshock reached beyond what was expected from a video game. It took a risk greater than the most other games and attempted to deconstruct Randian economics, a topic which has seen more than it’s fair share of debate over the years. Arguments have spawned over the philosophical viewpoints of Bioshock the same way they do over Rand’s Atlas Shrugged. These disagreements would have been consistent whether Bioshock was presented as a game, a film or, as Rand’s literature were, as a book.

What sets Bioshock apart though is how the story was delivered. Everyone who completed the game was treated to a decent amount of the narrative. It gave you the bare basics of what you needed to know to make sense of what was going on. If you wanted more exposition you could put in a bit of legwork and find hidden audio diaries that filled in the blanks. This is equivalent to a book marking half of it’s chapters as necessary and not requiring you to read the rest. Having played through the game twice I can say that comparing Bioshock to Bioshock with the collected diaries is an unfair comparison. Yet across the internet this has been what people have been doing.

This is just one aspect of the game as well, think how many ways there are to play the same game. In the future, as the number of ways a player can approach each game grows, the debate over which games are the best is only going to increase. This is going to be great not just for those needing to vent, but also for reviewers and for the games industry as a whole because innovation is born out of debate. I’m looking forward to a future where people disagree with everything I write… well more so than they do now.

Do you agree/disagree? Make yourself heard in the comments.