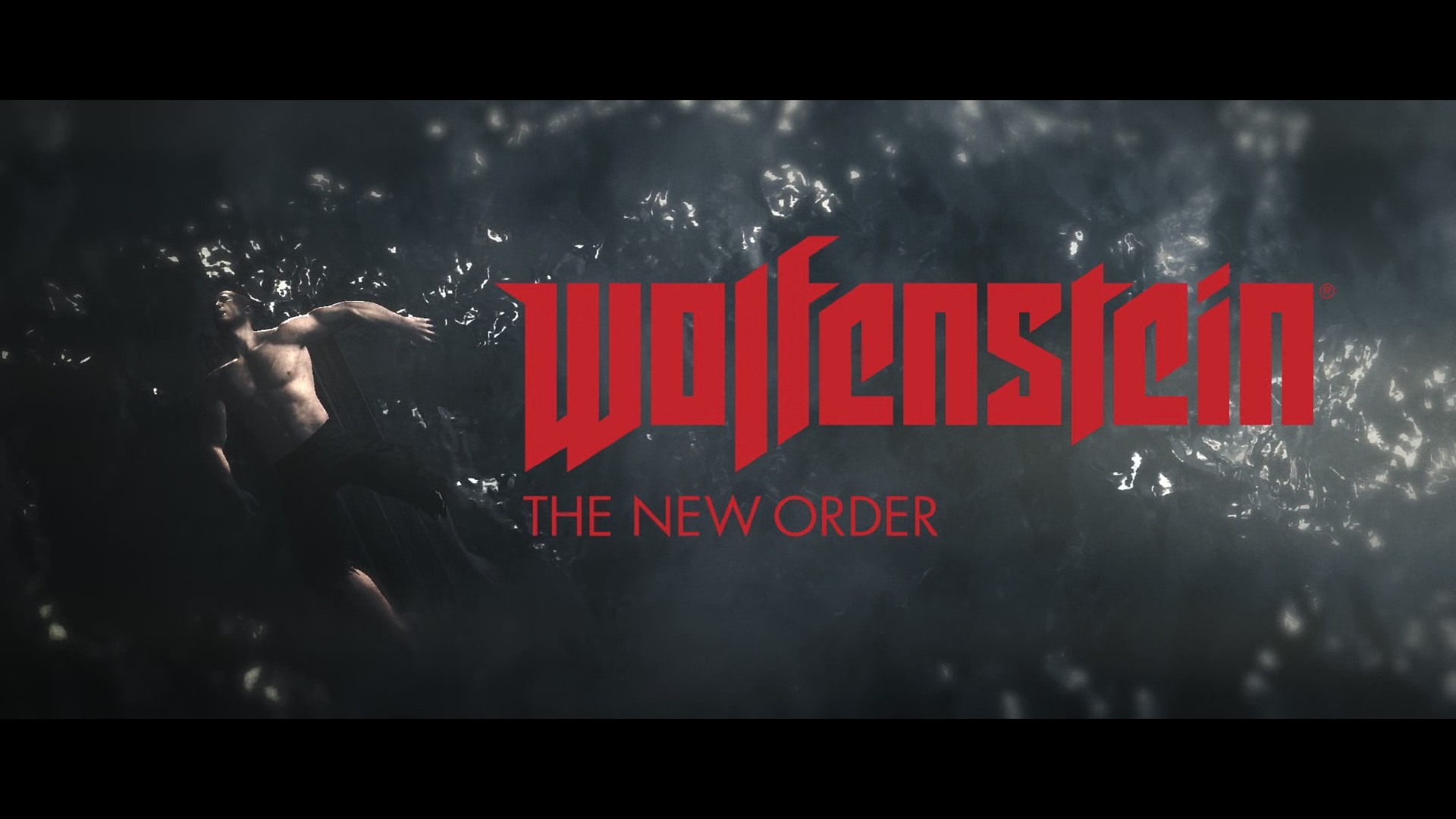 Welcome to the Verdict on Wolfenstein: The New Order, do you need to read any more after that intro?

Still reading? So you really need to know more? Welcome then dear reader, just be aware, some small spoilers follow.

Wolfenstein isn’t a serious game, how can something which features numerous giant stompy robot-Nazi’s be serious? How can a game full of golden treasure and a (spoiler) moon mission be be serious? It is accurate then to say that Wolfenstein shouldn’t be taken seriously, yet that isn’t to the detriment of the game. This is a jolly good romp through the alternative history of a Nazi Germany which won the war thanks to the machinations of Deathshead. A game where the ever resourceful BJ Blazkowicz is in a brain-dead state for fourteen years after a failed assault on Deathhead’s compound in 1946. It all leads to BJ waking up in 1960 with a mission to take down his arch enemy.

This new game is meant to link in with the previous Wolfenstein titles in some way beyond the same characters, but there is a distinct lack of paranormal activity. Ultimately this is no bad thing as the mechanized units more than add enough out of this world challenge. It isn’t all about blowing up robots, there are plenty of normal troops to pop the heads off with a well aimed headshot or to blow to smithereens with the latest take on the BFG. You won’t be restricted in the methods of eliminating your foes, weapons unlock over the course of the campaign and each (apart from the BFG) has a duel-wield function and every weapon in your armoury has some kind of alternative fire mode. This can be the silencer on your pistol, or a rocket launcher on your assault rifle. While I did complete the game after mainly using the assault rifle, it wasn’t for lack of exploring the options, just that I felt most comfortable with my fully automatic.

When I wasn’t going in gung-ho or searching behind paintings and flicking switches to find various secrets, I was sneaking around and throwing knives, taking lone guards out with my silenced pistol or getting up close and personal to eliminate the enemy with a knife to the throat. The stealth isn’t on the level of Thief or Splinter-Cell (well the good ones at least), but generally as long as you are crouched and avoid the line of sight of an enemy, you will have a decent chance at ensuring a silent kill. It really does open the way for a different method of playing the game, several levels I was able to complete nearly entirely silently which gave me great satisfaction, tinged with disappointment at getting spotted at the last moment.

Level design and associated propaganda art is largely perfect. Some levels such as the Asylum and journeys around your between mission base are masterfully created and laid out. There are a couple of sidesteps such as a narrow and confined trip through a U-Boat and a trudge across a half-wrecked bridge, but on the whole I really felt like I was experiencing some really good singleplayer, first-person shooter missions for the first time in a long, long time. Call of Duty and Battlefield could do with revising their structures, but it should be noted that Wolfenstein doesn’t have the generous freedom of movement found in Dishonored. The lack of multiplayer might disappoint some, but I think it allowed the developers to focus their efforts on the singleplayer. It is a shame that on occasions the lip-syncing fell entirely out for me, it might not happen for everyone, but it was really jarrring in places.

I also took great pleasure in learning about the world BJ and his comrades in the Kreisau Circle inhabit. There are numerous newspaper cuttings to be found as you explore the game which help explain how things deteriorated as far as they did, and as I indicated earlier, the artistic stylings of the propaganda posters sits right up there with the work of Dishonored. There are also some subtler moments to the story which grabbed my attention. While there is an overt tale of the horrors of the Nazi regime in Camp Belica, the tales Fergus and the resistance members spin provide a call back to the real life suffering of the allies and the resistance during World War Two. I also found myself appreciating the love-story that develops between BJ and Anya who nurses our hero back to health after the initial assault on Deathhead’s compound. While the sex-scenes were tacky, their relationship grew over the course of the game and added another dimension to the ending.

In the first level of the game, you have a big choice to make which in theory splits the timeline of the game into two. After trying the first few chapters again after making the other choice back at the start, everything seemed to flow in the same direction apart from some slightly different routes through levels (and locations of secrets) thanks to an ability to open different doors. There might be larger differences later in the game, but however much I enjoyed my first playthrough, I didn’t want to jump straight back into the entire game to check things out. I did heartily enjoy by 12-14 hours of gametime with my first playthrough.

Play this, enjoy this and savour the taste of a well made singleplayer FPS. There don’t seem to be many of them around these days.

One thought on “Wolfenstein: The New Order – The Verdict”