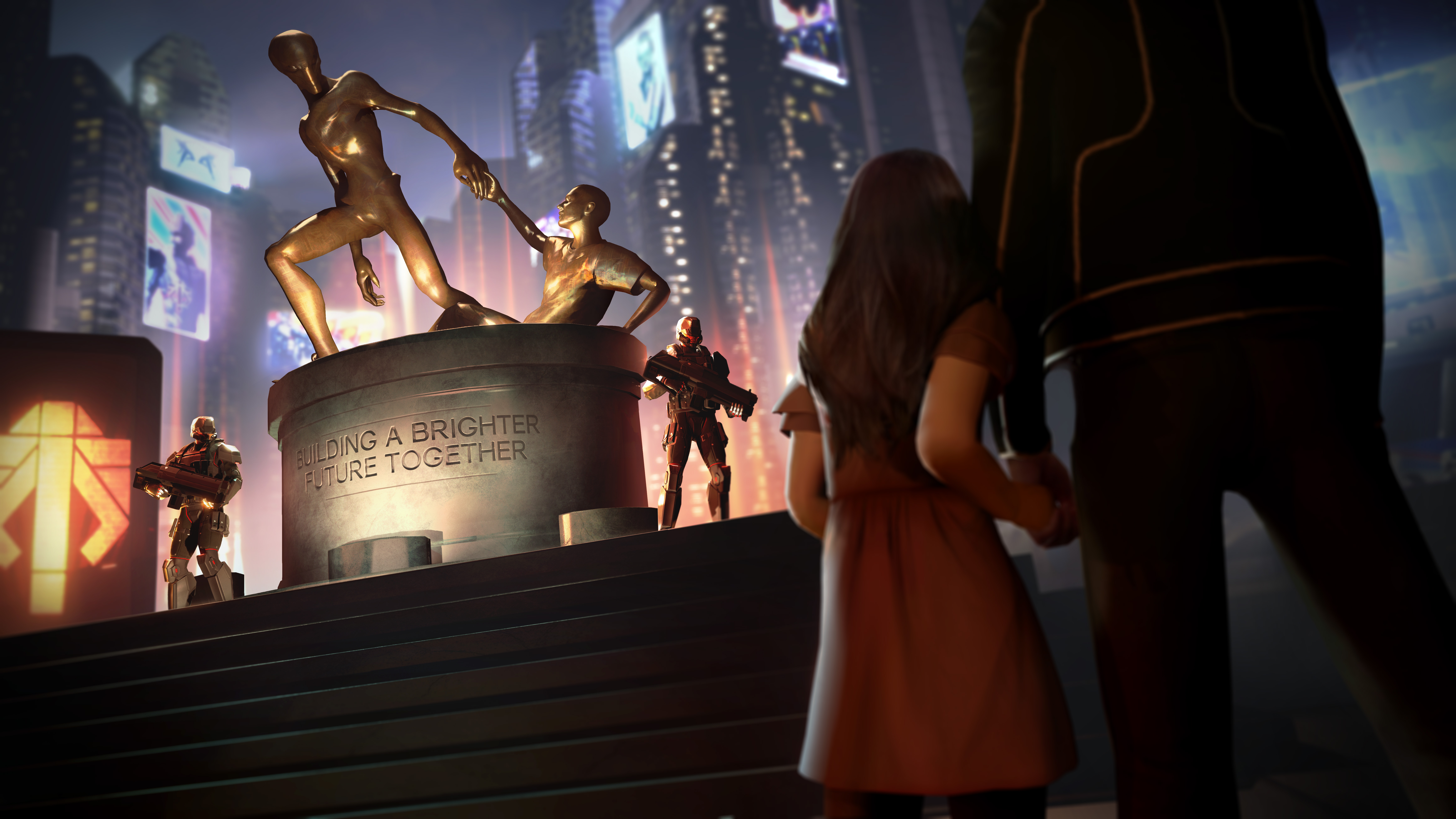 0:19- cityscape and some important text-based information. It’s set in the future, 20 years in the future. 20 Years after ‘unification’, or loosing the war.

0:33- A busy street with (what I am assuming is) your team moving in the background.

0:46- Those black posts with the red scanning beams are security towers. If there were a stealth or ‘undercover’ element to this game, i’m betting that these will feature heavily.

1:00- I like this shot, a lot. Your squad are sneaking up on a checkpoint. ‘Life’ appears to be going on around them as they’re yet to be discovered. Also cool drone-y thing! We’ll see more of that in a moment.

1:15- A ‘manned’ security checkpoint. These could be an interesting mechanic in-game. Or just a focal point for combat.

1:26- SNAKEMEN, I guess we won’t be seeing any Thin-men this time around.

1:43- See, even Snakemen don’t like hoods. Looks like a similar attack to the Seeker. These guys(?) are going to be tough.

2:07- Oh why the hood. The HOOD. Also- carrying an injured or downed comrade… is that now a thing?

So, very interesting. Obviously, I’m reading a lot into the trailer and trying to extrapolate from what is clearly intro or cutscene. I do like the hints that it may not all be out-and-out combat (though of course, I loved XCOM’s combat), it’d be an interesting extra dimension, also, penalties for civilian casualties (such as resources drying up) could add another layer of ‘panic’ to a combat scenario.

Colour me excited. The minute I hear more, you’ll hear it too.